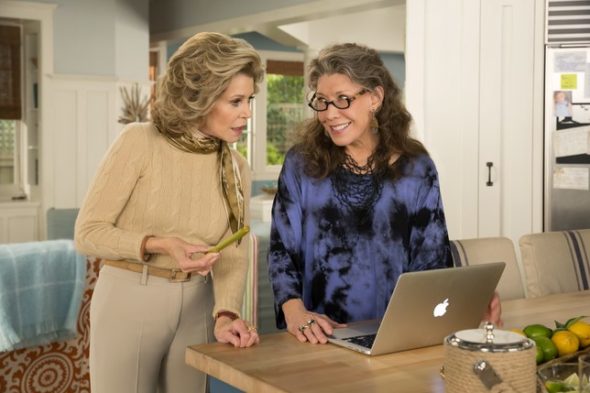 And what can fans expect from season five? Well, RuPaul is slated to guest star as “‘Benjamin Le Day, a formidable and quick-witted adversary who faces off with Grace and Frankie.”

The new season of Grace and Frankie will debut on Netflix in 2019.

In addition, RuPaul joins the cast as a guest star in season five as ‘Benjamin Le Day,’ a formidable and quick-witted adversary who faces off with Grace and Frankie.

Season 4 of Grace and Frankie premiered globally on January 19.

What do you think? Are you a fan of Grace and Frankie? Are you glad it’s been renewed?

I love this show ever since it debuted on Netflix. It’s very funny As I’m also a senior, I can relate to how these two woman approach their golden years They aren’t afraid to start over and begin the next chapter of their lives by starting a sex toy company, after learning that their husbands were having an affair with each other throughout their prospective marriages. We may be older , wiser and certainly shouldn’t be afraid to mention the “sex” word or stop having sex altogether. I’m tired of the shows that portray senior woman losing their mind, body… Read more »

Yes, I am happy, happy, happy that Grace and Frankie has been renewed. Cannot wait for the new season.