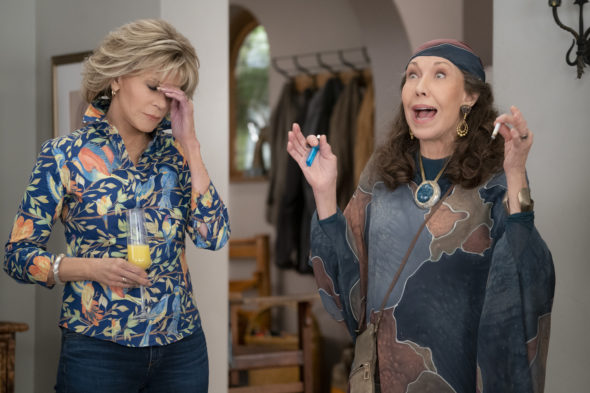 Grace and Frankie fans are in for a treat. Variety reports Netflix will live stream a table read of the TV show’s season seven premiere for charity.

The entire cast of Grace and Frankie will read through the series’ season seven premiere on April 9th at 8 p.m. ET/5 p.m. PT to benefit Meals on Wheels’ COVID-19 Relief Program. Afterwards, Netflix series co-creator Marta Kauffman will moderate a Q&A with the cast.

What do you think? Are you a fan of Grace and Frankie? Will you watch the live table read?

I think it is a great idea for a great cause! So sad that I’m on SSDI OR I FOR SURE WouldDONATE AND WATCH. PS, sooo sad it will be the final season!!!