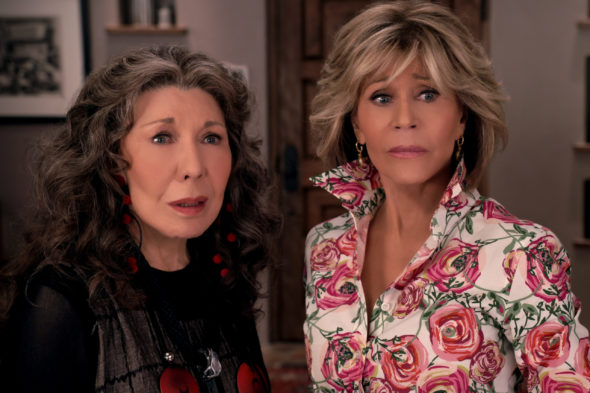 Grace and Frankie is getting ready for its seventh and final season, but production for the season has been delayed, due to pandemic. Jane Fonda gave her fans an update about the series in a post on her blog.

Lily Tomlin stars alongside Fonda in the comedy that follows the pair after they find out their husbands are gay and in love with each other.

Fonda said the following about the Netflix series:

“We’ve gotten word that Grace & Frankie will continue filming our 7th and final season in early June of 2021. A long time to wait but, given the age and vulnerability of the 4 leads, it’s best. I’ll be headed into 84 by the time we’re done. Yikes! This last season will have 16 episodes instead of the usual 12.”

A premiere date for the new season has not yet been set. It should be noted that there are typically 13 episodes per season, not 12.

What do you think? Are you a fan of the Grace and Frankie TV show on Netflix?

wonderful series. Great cast and story lines. Will definitely miss this series when it is over.

I love this series, just good fun. No shooting or blood and guts!!!

Great Series, good writing mostly especially if there Wise enough to write Dolly into the Series! Wouldn’t that be grand.