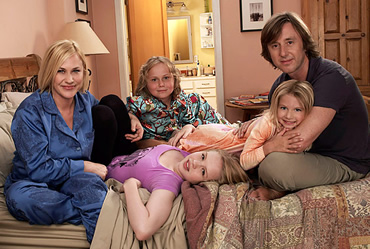 I really love that show, very disappointed to see its on on anymore, Please bring it back.

I miss the show and hope they bring it back!

What a mistake to cancel Medium! It is a riveting show with excellent writing and acting. I am sooo disappointed. How can a show survive that gets moved around from one night to another, then one network to another? I was almost afraid to fall in love with them because it was inevitable they would get screwed. I was hopelessly devoted though and hold out the hope that this is all a bad dream. By all means add another CSI or Law and Order Series becuase that’s what the ‘sheep’le want.

I was so surprised to read Medium was being cancelled. Medium was one of my favorite TV shows. I watched the last episode and n0t sure if they can bring Medium back but I think it would be great if they did. I cried during the last show. Joe dieing was to much.
Please bring Medium back….

Nooooooooo!!! I was totally taken by surprise by the season finale. I adore that TV family. I introduced the show to my husband and 26 year-old son to the show, and they have watched it with me, eventhough we have 5 TVs in the house. Please don’t take the DuBois’ away from us.

So sorry to see the show go…….. It’s one of my favorites

I was disappointed that the show was canceled and then the series finale was a hastily arranged patchwork of time travel. They could have given this well deserving series the dignity of a two hour final episode send off and with a plot that was something a little less chastened.

So disapointed that Medium was cancelled.
CBS is making a big mistake. Medium was one of the shows that was not filled with blood and gore and was possible for most ages to watch.
More and more TV is trash for adults and children. I hear more and more people say that are going to rented movies that they can enjoy without cringing with what they are seeing.
Please consider bringing Medium back to us.

I enjoyed watching Medium. The Dubois family were believable and I looked foward to seeing how the girls grew up with each season. The storylines themselves, were entertaining and of course I did have my favourites and I liked the entire cast. Unfortunately, I had missed a few episodes and was somewhat shocked to learn that on January 21 it was the show’s finale. The only comment I have about the finale is the fact that there actually was one. I’ve had many disappointments when networks don’t finish stories and leave the audiences hanging. I wish the cast luck in… Read more »

I too have watched this show from inception. This was an incredible show and will truly be missed. I am very disappointed that it was not rescheduled for another night just like Blue Bloods. CBS please rethink and air it on another time slot. Please bring it Medium back!

I have watched this show from its inception. The acting was worth of emmys. Patricia Arquette and Jake Weber go straight to my heart with their emotion. Not only is the cast in general perfection itself, the decency of the characters is wonderful to watch without it being cloying. I’m really sad to see this show go off the air. We are losing an incredible show, great stories, great actors, great balance of tragedy and humor, great cast, and a great depiction of a beautiful loving family. What do people want–horror and mayhem and horrible act by criminals for entertainment.… Read more »

I wholeheartedly agree! I hope CBS gets a ton of mail about this cancellation. I have watched Medium from the beginning, but had trouble with it going to Friday night as I work then and can’t watch. I think if they had put it on a different night, it would have succeeded. I am so bummed!