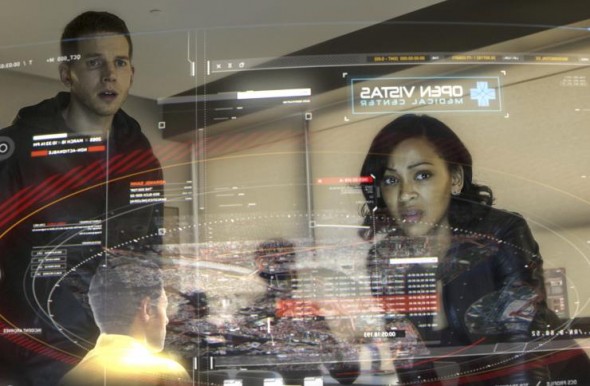 Now to decide if I should watch this week’s episode and not DVR the rest. Decisions, decisions.

This show is a loser. No idea why it was ever greenlighted.

come on, Firefly was CRAP, best decision ever! i believe Freaks & Geeks was a bad decision.

Yeah in America you can say what you feel. I’ve seen things people say on the internet and real life and some of them are very mean and hurtful, but that’s alright if you say anything all the do is say that’s my right. Not saying what Greg said was like the things I’ve seen. It’s just a no win situation, because no matter what you say against something a lot of people use that say excuse for everything they say. Very frustrating.

Yes, Almost Human, loved that show too. I enjoy watching shows like that and Minority Report because it’s not the same crap. Unfortunately, FOX is consistent in it’s inability to continue anything that gets off to a slow start. How many long run shows (e.g. X-Files) would have been canceled with the decision makers over the last 5-10 years. I’m betting it’s more than a handful.

I really wanted to like this show but it’s so cheesy and not in a good way… Just awful! What is that goofy thing they say CAN YOU SEE or DO YOU SEE. Jeez, bad all around!

Actually my wife and I thought the same thing about boobs when we saw the show. We’re both sci-fi fans and saw the movie, and even though this didn’t follow it we started to enjoy it. What happened was, we both agreed that every time they show the woman it was nothing but boobs. Too bad, as I said, we really like sci-fi. Now let me finish this by saying that we really like “the league”, which is really raunchy, so we’re not one bit stodgy whatsoever. We just hate the gratuitous stuff, be it sex, violence, or whatever.

I would say that if a woman shows cleavage can we not all agree that is her right and maybe stop body shaming her. If you had commented on its lack of an interesting story and weak character development sure but really. You seem very stodgy. This is TV you are watching not a japanese tea ceremony.

It’s her right, but it’s also my right (read that old bothersome constitution) to express my opinion of her “flopping the girls” out on every episode to supposedly get more viewers. By using the words “Body shaming” you just painted yourself as a typica PC idiot.

Read something other than Twitter and you’ll see that expressing my opinion against overexpression of cleavage is actually a normal opinion shared by many other people across the country. That’s what makes America great. We can say what we feel.

How do you know if she has a choice in wardrobe on the show? So she should be fired because of her boob size? Yeah you can say what you feel and so can I. The entertainment industry is unfair as it is, now you think you have to have a certain cup size to be on TV. I guess she controls the video camera. It just frustrates me that your first opinion is the kill her off and not just change the type of shirt she’s wearing.

I enjoy Minority Report on FOX. It is nothing like the original film. Although based on the original premise, the TV series goes in an entirely different direction with the “precogs” so far. I find it more fascinating that the fictional “Criminal Justice System” was forced to dismantle the precog future crimes division, because you can’t punish people for crimes they haven’t committed, and the future can be changed, as proven in the original film. So we start out with the knowledge that at some time in the fictional past, one of the branches of the U.S. government saw fit… Read more »