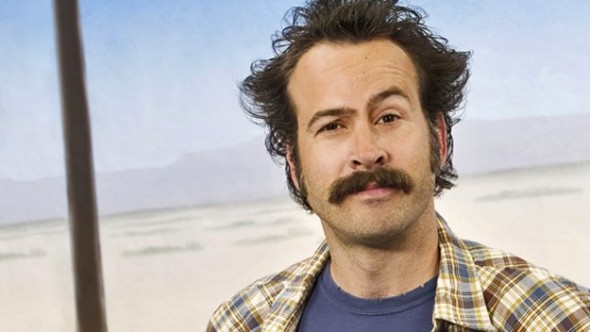 My Name Is Earl aired for four seasons on NBC before it was cancelled, and the creator has revealed how he would have ended the series if it had continued on to a natural end. The series ended with a bit of a cliffhanger, but Greg Garcia did have a plan in mind for how to wrap things up.

In a Reddit AMA, he revealed how he would have ended the comedy series if he had been able to close it out. He said:

“I had always had an ending to Earl and I’m sorry I didn’t get the chance to see it happen. You’ve got a show about a guy with a list so not seeing him finish it is a bummer. But the truth is, he wasn’t ever going to finish the list. The basic idea of the ending was that while he was stuck on a really hard list item he was going to start to get frustrated that he was never going to finish it. Then he runs into someone who had a list of their own and Earl was on it. They needed to make up for something bad they had done to Earl. He asks them where they got the idea of making a list and they tell him that someone came to them with a list and that person got the idea from someone else. Earl eventually realizes that his list started a chain reaction of people with list and that he’s finally put more good into the world than bad. So at that point he was going to tear up his list and go live his life. Walk into the sunset a free man. With good karma.”

In addition, Garcia also planned to reveal who Earl Jr’s father was before the show ended. The writers were thinking that it would be someone famous who’d been in town for just one night. The writers didn’t get to decide who that would be, but the baby daddy was intended to be revealed before the series ended.

Were you a fan of My Name is Earl? Did Garcia’s reveal give you closure for this series? Tell us what you think.

And this is why networks suck sooo much arse. The fans get screwed at every turn over bottom lines. For being faithful to a series for four years and the network shaft us? Smh. Thanks.

I felt a weird sense of betrayal when Earl ended. I felt like i was in love with this super cute show and not only did it end, it ended with a really tense cliff hanger. I think i could watch Earl for the rest of my life if they would have kept making it. Thank god for Hulu so i can at least get a rerun fix every now and again 🙂

I was so upset when my name is earl got canceled. It was 1 of the few times my whole family would sit together and enjoy time together. Wish it had lasted

I loved my name is earl and once i figured out that it was cancelled I was devastated and I wish it could’ve been going until dodge had a real father and earl jr would’ve had a real dad to.

They should have finish with another season earl was getting close to closure in his list an to keep doing good this the cliffhanger just ruin what could have. Been we all knew joy was a door ****

I didn’t know that this series was going to come to an end like this. I was in denial at first, but then I had to look this up. Thank you for the post, it did give me closure. Earl and the list are such icons of good will in my eyes that I wanted him to have a good ending.

i am amazed how truly ignorant the people at NBC are, they dont realize this show is a huge hit. and will be an even bigger hit if they continue. this show will break records if they bring it back, its soo much better and original, than all the crap series that are coming out these few years.

I’m italian, I watched “My name is Earl” during my childhood, now I’m 22, and given that I didn’t know the ending, I have started to watch this series again.. I feel so bad for the final, I need to know how is Earl Jr’s daddy and I want to know if Earl has finished his list and if anything has changed in his life, bring back my favourite TV series pls

I binged this on Hulu and I’m SO SAD! I wish netflix or hulu would pick it up and finish the seasonat least, like they did with Full House and others. This show was amazing tho, I will probably just watch the reruns.

Man they just need to go ahead an finish it. This made me so mad.

I watched this show till the end while on tv but I just binge watched entire show on Hulu and don’t remember how the last episode ended till now….im so like ugh . Poor Darnell!!!