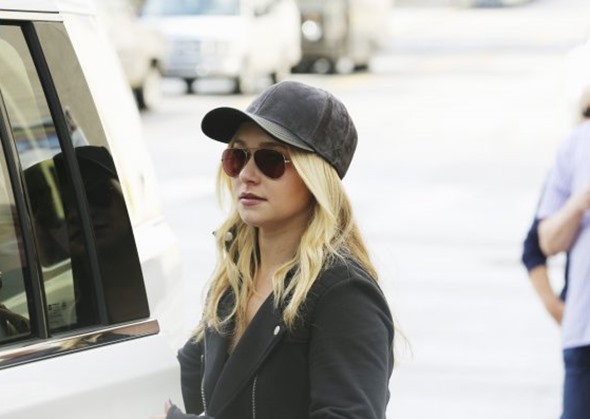 Nashville is currently airing its fourth season on ABC, but there is already a rumor circulating on the Internet this morning that the series starring Hayden Panettiere will return for a fifth season next year. TV producer Phil Autelitano sent out a reassuring Tweet Sunday morning.

No need to worry #Nashies, I just heard from my reliable source that @Nashville_ABC is coming back for Season #5… #Nashville

As for Nashville, the ratings for the series have dipped again this year. Some critics have mentioned the more dramatic tone of this season so far. Nashville’s ratings are in the same line as the ratings for Blood & Oil. ABC announced late in October that it was cutting the episode order for that new series.

Will ABC renew Nashville? Do you want a fifth season? Tell us what you think.

Love the story lines and music of NASHVILLE. Why mess with a good thing I know my family and I cant get enough of it here in Australia.

needs to lighten up a bit.

I like the new songs that match the lives of the story touched in each production. Great singers, great songs, better than what I hear on the radio. I watch every show even though I am a fan of classical music. Nashville has good life stories.

It is one of the best series that I have seen in years. It is about time that there is something on television that doesn’t. involve murders,rape and gangs. At least there is a program that you could sit down with your family.. I can’t remember seeing a series with so many talented people. Nashville is the best!

Looking forward to a new season, one of the better tv shows.

Looks like Nashville could be renewing for a 5th Season. Fingers crossed. http://www.ew.com/article/2016/01/09/nashville-season-5-abc

ABC renewed the “THE MUPPETS” ?? Unbeliveable! Trust all of us commenting here, NASHVILLE, is the way to go.

Please renew Nashville for season 5. It is one of my favorite show and I would really miss it – I feel I know the characters and buy their CD’s.

Yes. I love the show! It’s my favorite! Please bring it back for Season 5!!

Yes! I will continue to watch Nashville!

love a good soap opera and Nashville is the best on tv today. Please renew it, btw, I’m a 70 year old guy.

This show is my favorite. I tape it and watch it over and over. If over 80 million people watched Nashville and over 1 million in other countries how can ABC think about not renewing, that is ridiculous thought. NO MORE BREAKUPS WITH DEACON AND RYANNA, SICK OF IT, WE WANT THEM TO BE HAPPY AND THAT MAKES US HAPPY. 4 SEASONS OF LOVE THEN BREAKUP, ETC. DON’T YOU HAVE WRITERS THAT CAN WRITE SOMETHING NEW.

yes we want a season 5 of Nashville tv show

I hope ABC has the sense to renew Nashville for a fifth season. This show has great acting, great music and a great story line. It is absolutely the best show on tv.

Yes I want another season. Love the show . Look forward to watching it every Wed. Please do not cancel the show