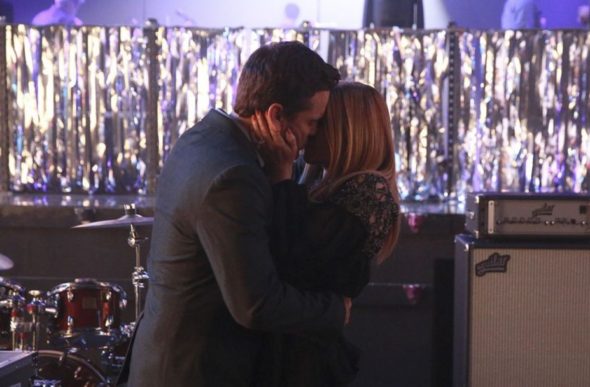 I am heartbroken over Rayna’s death. What a love story & how will Deacon survive without her, she was his life & she his. Country music fans loved the show young kids as well as older people. I wish Connie’s mind could have been changed

Please do not let Nashville end. Maybe have Decon jump out of bed an realize it was just a bad dream. This is the best shows I’ve ever watched. All the drama is real life without the violence and killings! I feel like a part of me died with Rayna tonight. I feel very depressed right now. Don’t end this show! Please! Keep Rayna alive! She is the best. Decon is finally happy and out of his dark hole. I don’t want him to go back there. Save this show! Please!!!

This is the only show of its kind, you cannot seriously be thinking of bringing it to an end. Here in Britain we get so liitle country music anyhow, and this was my one big treat in the week, settling down to NASHVILLE. i know i’m not alone and speak for thousands of viewers when I ask you to rethink this, and keep the best singers, the best cast, YES, THE BEST SHOW we can watch in the U.K.

I don’t watch much of the tv, but Nashville was one of the rare shows that I watched . Loved their music, love the cast! With over 4 million viewers weekly, ABC is cancelling you!!! They might (or might not 🙂 take the show away, but they can’t take away reruns and the music. I’ll pray for the renewal!

I have to say, this is one of the rare shows that I could watch with my whole family and sing along “I have a life that’s good”. What a beautiful cast and what a beautiful music. I pray that you will continue and don’t really care which network. me and my family will follow you.

I sooo hope that Nashville will be returning to TV on some network PLEASE!!!! Can’t believe ABC would cancel it 🙁

I am soo praying that another network snatches this up. It is definitely one of my all time favorites.

I love the show. Sad that they canceled this show! One of only a few good shows on right now! Bring this show back, please!!!!!!!!!