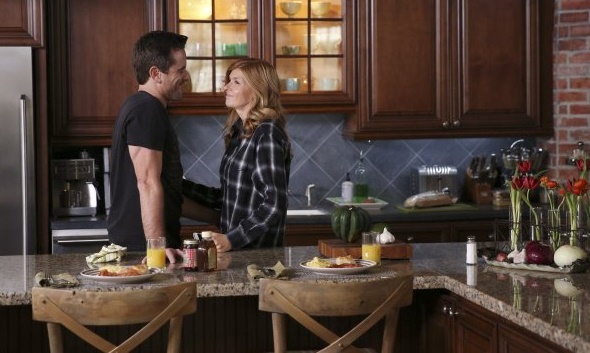 Nashville will return to ABC on March 16 with the second half of season four, and it is likely fans will also see a fifth season and more of the drama.

Many fans wondered if season four would be the last season of the series. Nashville also faced a challenge this season with Hayden Panettiere leaving the production for a time to receive treatment for postpartum depression.

However, there is no end in sight for this series. According to Entertainment Weekly, Paul Lee spoke about the series at the Winter TCA’s on Saturday.

“We don’t have any plans to finish Nashville. We have an incredibly passionate audience. The Nashville audience grows by a large amount in our delay viewings. No, at this point, no plans for Nashville other than to keep it going.”

These comments do fall in line with an earlier Nashville report from TV Series Finale that said Nashville would return for a fifth season.

Are you a fan of Nashville? Do you want to see it continue? Tell us what you think.

Please have Nashville continue. We love watching this show, it is one of the best shows on TV. I have been waiting for the new season to begin. The country music is terrific and love all the actors and actresses.

Please leave Nashville to continue. It’s one of the best shows involving all ages. Love this show. Keep Rayna alive. Writers do this all the time. Bad nightmare, etc

Please, please let Nashville continue. We love it here and don’t want to see it disappear off our screens.

Oh Yes we love Nashville! Combine love stories & music and we are hooked!

Just binged on first four seasons and into 5th. So hoping it will continue to a sixth season! Amazing show

I love this show,can’t wait for the new season.

Yes, I love the show, Bring it back Please

Maureen
Love the show, love all the characters. Glad to see it coming back in March. If ABC does not want to continue, I am sure that Netfliks, Or Prime etc will. There is just too much talent to abandon.

I so love this show and am so glad that its coming back in March, Thanks ABC

Has to continue — the best conceived, cast and produced series on TV apart from Rectify! The music is precious…

Can hardly wait unto March and the return of Nashville. My absolutely favorite show..thanks ABC..

Please, please, please bring back Nashville. I love the story line, the characters and the music.

I loved the show Nashville. I am so excited to hear it will return to ABC in the spring. I was shocked when I thought it was canceled. So happy, I certainly will be tuning in to ABC