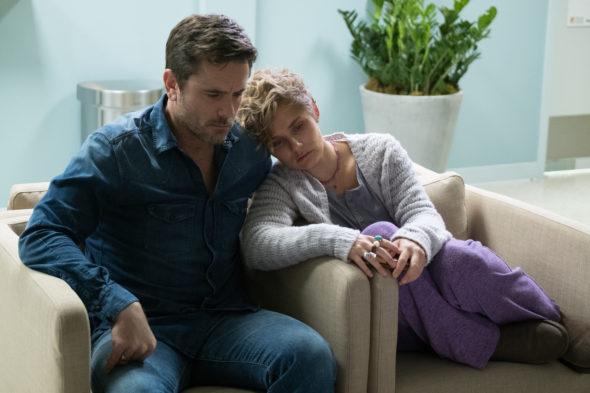 It seems the fat lady is warming up. While it is not technically “cancelled,” CMT has announced its Nashville TV show will end with the upcoming sixth season. The country music cable network originally picked up the drama, when ABC cancelled it after four seasons. Although the exact release date has not yet been set, CMT has announced the sixth and final season of Nashville will premiere in January of 2018.

A CMT original series, Nashville stars Hayden Panettiere, Charles Esten, Clare Bowen, Sam Palladio, Chris Carmack, Jonathan Jackson, Lennon Stella, and Maisy Stella. Connie Britton exited the starring role of Rayna James, during season five. The drama centers on the lives and careers of country music superstars, including Juliette Barnes (Panettiere), as well as the up-and-coming performers and songwriters trying to get ahead in the business.

Nashville: A Look at the Ratings

The fifth season of Nashville averaged a 0.19 rating in the 18-49 demographic and 815,000 viewers. Compared to season four on ABC, Nashville was down by 80% in the demo and down by 81% in viewers. Still, it was the highest rated scripted TV series on CMT.

Today, CMT also cancelled its Still the King TV series. The cable channel is abandoning its fledgling scripted programming slate, in favor of unscripted originals, as parent company Viacom tweaks the focus of several of its networks. Deadline reports:

…Nashville became an outlier at CMT, which shifted its programming strategy in the Viacom restructuring earlier this year, focusing on unscripted fare, which is significantly cheaper than scripted. Nashville, produced by Lionsgate TV, Opry Entertainment and ABC Studios, is the only scripted series on CMT. One of its biggest champions, CMT head of development Jayson Dinsmore who orchestrated the pickup after the cancellation by ABC, recently left the network. CMT is already prepping an unscripted Nashville successor with the upcoming docu-series Music City.

“All of us on Nashville are so incredibly grateful to the show’s fans, who convinced CMT to give us a chance to keep telling the story of these remarkable characters,” said executive producer Marshall Herskovitz. “And we want to return the favor with a final season that celebrates all the joys and passions, twists and turns — and amazing music! — that made Nashville such an exciting journey for the last six years.”

“After more than 120 episodes of unforgettable television, we believe that creatively it is time for the series to come to its triumphant close at the end of the upcoming season,” said Kevin Beggs, Chairman of the Lionsgate Television Group. “We’re very proud of our incredibly talented cast and crew, the creative brilliance of our showrunners, and the loyal support of our great partners at CMT, Hulu and ABC Studios. Most importantly, we owe a special debt of thanks to the Nashville fans who propelled the series to an incredible run. We owe it to them to make the 6th season the most exciting and memorable of all.”

What do you think? Is the sixth season the right time to end the Nashville TV series’ run? Should CMT have cancelled or renewed Nashville for a seventh season? Sound off, below.

The show took a serious dive in quality for the same reason Glee did, it stopped being about the music and started being all about the drama. Seasons 1-4 was full of amazing musical numbers but after that it was rare to get a full song in a single episode. Then they cranked the drama up to 11 and frankly the writing just wasn’t that good.

I still miss the nashville series.. Keep wishing for it to come back.. Nothing else to watch like this program.. Sad it was removed form programing.

I loved Nashville until about the 4th Season. Actually the best part was the love story about Rayna. I kept watching to see more of that story. The other people kept changing and I would lose interested in them. Music was wonderful and I an extremely fussy. It became tiring after awhile too many problems with too many other people that were not important in the wonderful love story that you started. Was very disappointed with the ending and sad to see the music end.