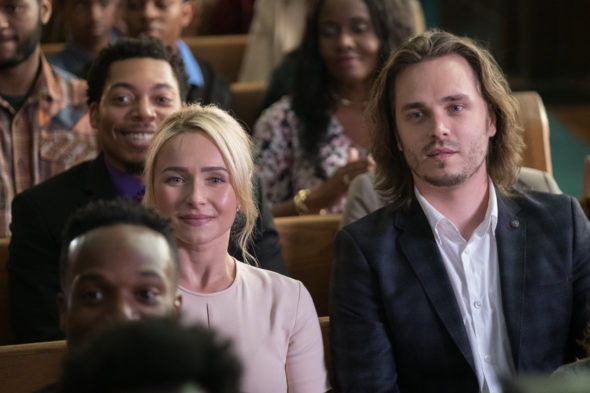 CMT is heading back to the capital of country music. Recently, the network released a new teaser for the sixth and final season of Nashville.

The sixth and final season of Nashville premieres on CMT on January 4th at 9 p.m. ET/PT.

As previously announced, the final season of “Nashville” will premiere on Thursday, January 4 at 9pm ET/PT. With New Year’s Eve looming, Deacon (Charles Esten) looks to distract himself from his own loneliness, but falls short despite the best efforts of people around him. After an onstage meltdown, Juliette (Hayden Panettiere) seeks to rid herself of self-doubt and the burden of unforgiving country music fans from an unlikely source. Maddie (Lennon Stella) gets invited to perform at a benefit in Los Angeles where she meets Jonah Ford (Nic Luken), pop music’s newest and hottest young star. Following their personal and professional split, Gunnar (Sam Palladio) and Scarlett (Clare Bowen) struggle to find their voices as solo artists. Will (Chris Carmack) attempts to keep smiling after his own break-up with Zach (Cameron Scoggins). “Nashville” ranks as CMT’s highest-rated and most-watched show in the network’s history, averaging 2.1M weekly viewers (L+7).”

What do you think? Are you a fan of Nashville? Are you looking forward to the final season?

No No No ! PLEASE don’t end the series Nashville ! I’m sure a season 7 would receive top ratings if the show continues. After each episode ended I was left with only wanting MORE ! I still do and feel that most (and maybe even all) of Nashville fans feel the same way as me. Keep the series going. PLEASE !!!!

Nashville is about my favorite kind of music and each character develops their own style as well as forming new groupings. Each time some of the stars decide to sing or write music together, you know that it is going to be great. Deacon is probably my favorite character. He is a very talented performer and actor. You never know just what his character is going to do next. Reyna & Scarlett are not only talented singers, but their characters are just such good people. PLEASE bring the show back.

Please keep renewing this show! Nashville is the ONLY show on TV worth watching, and it will kill me when it ends. It was bad enough we lost Rena James; please don’t make us lose the rest of the Nashville cast. They are perfect together; what an ensemble! And it’s hard to believe they are “acting.” They and their stories seem so REAL. Looking forward to Season 7 PLEASE! !!

Why is it all the best TV shows come to an end and we get left with all the rubbish. I always look forward to Nashville and will miss it terribly. My most favourite series of all times, best music, great characters played by brill actors/actresses!

I love this show also but boy does it sound like such a downer for this final season. Everyone breaking up & melting down doesn’t leave much time for new relationships to be formed & then developed. I want mostly happy endings for these folks whose struggles we can all relate to. Bring on the sunshine.

I love this show and I’m so sad it’s ending..