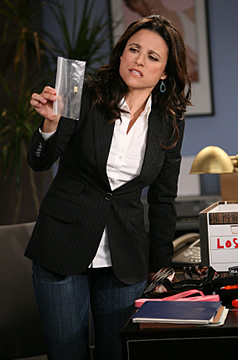 This show is so funny. I wish it still came on . Everyone on this show is hilarious and the plot is interesting. I have not seen an episode that was not funny and entertaining.

Oh Boy i wish they could bring it back with new episodes. Super funny and mood lifting show.

This was a hilarious show. Was well written and preformed. CBS has had nothing that holds up to the talent and comedy of this show. It was a big mistake to have cancelled, especially for CBS who rarely gets that quality of a show. Abc would have done well with it, it’s to bad they didn’t take the leap of faith.

This show is BEST AT REAL COMEDY!!!
BEST ACTORS,IT WAS A BLAST,I watch reruns:(

They cancel all of the good shows that can relate to actual situations just to replace them with detective, medical, and reality shows and lie about it being the “number of viewers” and “ratings”. I wish Lifetime would have suggested picking it up, seeing as many people were crushed to learn that this happened. Even more crushing to learn that there was no finally for the season or the show itself.

loved that show . IVE been waiting for the new ones .didn’t know it was cancelled.
I’m so sad. why take off all the good shows.

I dont’ know why you would cancell this show!! It was one of only a few that actually made me literally laugh out loud and i could relate to the characters!!! Why didn’t they get another season? Was it because of the actors or political reasons? Because i can’t believe it’s not because of the dynamics of the characters, especially Barb!!! They are the epitimy of a normal, middle american working family and a divorced Mother that unfortunately, MOST of us can relate to!!! PLEASE GET IT TOGETHER AND GET IT BACK ON!!! it’s really nice to have an “escape’… Read more »

I love this show and can’t get enough. I rarely laugh out loud when I watch TV, and this show has me laughing out loud every time I see it. The characters are so quirky and fun, and they portray real life situations in the most hilarious way. Julia is a comic genius, and all the other actors are fantastic. And one great thing about this show was that they weren’t afraid to tackle controversial issues, they brought comedy into it and made it palatable. I wish they would bring it back, however, I fear it is too late to… Read more »

I started watching Old Christine and can’t get enough. I have watched every episode twice (sometimes more) and kept thinking there would be a finale. Bring back old Christine!!!

Best show ever!!! Worst decision in the world to cancel this show…..

Just started watching the reruns of this show and love it. Julia Louis Dryfess is the best. The show is so funny and I watch three reruns every night. Great cast and great writing.
Wonder why I never heard much talk about this sit-com. It never fails to make me laugh.

Please bring back Old Christine! I watch all the reruns everyday on Lifetime & I love this show. Who’s dumb idea was it to cancel it?

I didn’t start watching this show until it was cancelled. It is GREAT! She is the only one to truly survive after Seinfeld. Bring her back!!!!!

When I found this show years ago, I thought why isn’t anyone talking about this show? It is one of the funniest sitcoms I’ve ever seen!!! To be honest this show has gotten me through some tough times, who’s bright ideal was it to cancel it? This is one that should have stuck around, my older kids love it!!

Thanks for the memories Christine..

I absolutely love this show! I watched it when it was on each week and was so disappointed when it was cancelled. I still watch the reruns and laugh each episode as if it were the first time I was watching it. Every character is perfect….. it’s a fabulous show! As long as they keep the keep the reruns on, I’ll keep recording and watcing them! BTW…. I just recently started watching Veep and I have to say it’s pretty good …. it’s no “Christine” … but pretty good!