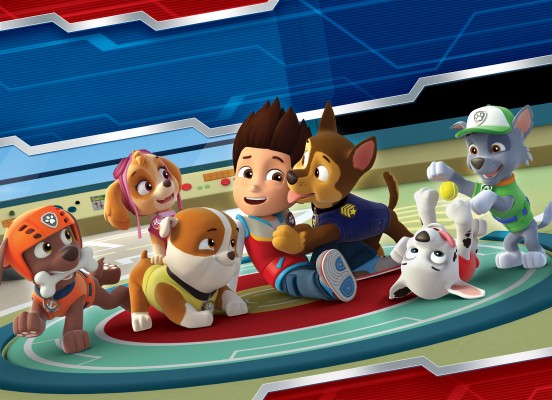 Ryder and his rescue puppies have a lot more adventures in their future. Deadline reports that Paw Patrol has received a second season renewal from Nickelodeon.

The cable channel has ordered 26 new episodes of the daytime animated series which will introduce new characters, vehicles and gadgets. The program teaches citizenship, social skills and problem-solving.

It’s unclear how many episodes are in the first season of Paw Patrol but 15 installments have aired so far.

What do you think? Have you seen this show? Do you like it?

I’m so excited for another session. Both my boys love it and watch it all day. I have recorded them and that’s as ll thay want . I can’t wait for the dvd to come out AZ nd hopefully some action figures tty oo.

My daughter babysits this little boy and every day he is over as soon as he enters our home he wants Paw Patrol on. He’s 2 and can tell you every corrector and what they do. He has seen all the episodes now it’s time for a new season. Can we get a yelp for Paw Patrol?

My daughter loves this show she watches the replay 5 x per day. Can’t wait for the new season yo arrive and the release of the paw patrol dvd ..

My 2 year old is in love with this show!!! He knows all the characters and I love to watch it with him 🙂 I can’t wait for the toys and DVDs to come out! He is only 2 so I hope Paw Patrol sticks around the next 3 years at least or he will be devastated lol.

My kids love this show trying to find it on dvd

My sons favorite show! Im trying to find a dvd to purchase so he can watch it in the Tahoe.

This is our twin 4 year olds favorite show. We have to dvr the programs because it does not come on enough or at good times for our schedule. Glad to hear there will be a second season. When will it come out on DVD?

Yay! Another season- yay! While I’ve been hoping every episode that trash dog will back over clumsy moron dog with his useless trash wagon, that just doesn’t appear to be happening. Get to hear more Ryder annunciating words like it’s the first time he’s ever seen them in print, terrible Canadian ska, and repetitive solutions to non emergency urgent dramatic ridiculousness. Thank you Canada- flushed another **** right down here to our airwaves. Unless they can figure out a way to write Caliou into a guest appearance in which he’s mauled by the pups and “disposed” of by trash dog,… Read more »

My son Mason loves it. His favorites are rubble and chase. I’m glad to see a second season is in the works. I am looking for the DVDs in particular the Christmas one.

My daughter absolutely loves this show. We need it to come out on dvd. When it does we will be buying it.

those 2 messages are for you mike

my favorite is marshal and chase too

My grandson loves Paw Patrol! he is mesmerized by it. Can you tell me when and where I can get the DVD’s. I’m hope it will be in time for Easter. Thank you.