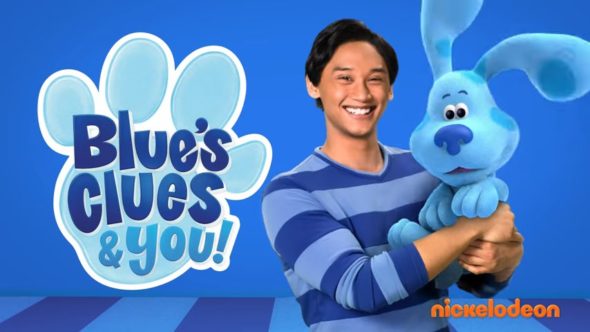 Nickelodeon has plenty of new TV show episodes on the way. The cable channel has announced numerous TV show renewals for the 2020-21 television season. The shows that will be airing include Are You Afraid of the Dark?, All That, Blaze and the Monster Machines, Blue’s Clues & You!, Bubble Guppies, The Casagrandes, PAW Patrol, and Top Elf.

Nickelodeon has renewed some of its biggest franchises and hit series for the 2020-21 season:

· Are You Afraid of the Dark (Season 2) – The beloved anthology series returns with more scary stories and a new Midnight Society group of kids who tell a chilling tale, only to witness the events of the terrifying story start to unfold around them. ACE Entertainment (To All the Boys I’ve Loved Before, The Perfect Date) returns to produce, with ACE founder Matt Kaplan and Spencer Berman serving as executive producers.

· All That (Season 1, additional 10-episode pickup) – With a first season totaling 36 episodes, the reboot of the iconic ’90s pop-culture sketch series showcases the comedic talents of eight kid comedians and features musical performances and guest appearances from today’s biggest stars.

· Top Elf (Season 2, 5 episodes) – Set in the North Pole, all-new talented kid “elf-testants” are paired with Santa’s elves in a series of physical challenges, as they compete for the title of Top Elf and a wishlist of prizes for their community.

· The Casagrandes (Season 2, 20 episodes) – Ronnie Anne and her multi-generational Mexican American family are back for more love, laughter and adventures in the big city. Premiering this fall, the Casagrande family members will find themselves in a variety of situations, including becoming a viral sensation, searching for Pancho Villa’slost gold, celebrating Las Posadas and more.

· PAW Patrol (Season 8, 26 episodes) – Produced by Spin Master Entertainment, the new season follows the paw-some pack of pups – Chase, Marshall, Rubble, Skye, Rocky, Zuma, Everest and Tracker – as they embark on all-new action-packed rescue missions and work together to help their community of Adventure Bay, proving “no job is too big, no pup is too small!”

· Bubble Guppies (Season 6, 20 episodes) – The guppies’ adventures will be bigger and bubblier than ever before with all-new songs, funny guest stars, fin-tastic lessons and lots of Bubble Puppy.

What do you think? Do you or someone in your home enjoy these Nickelodeon TV shows?