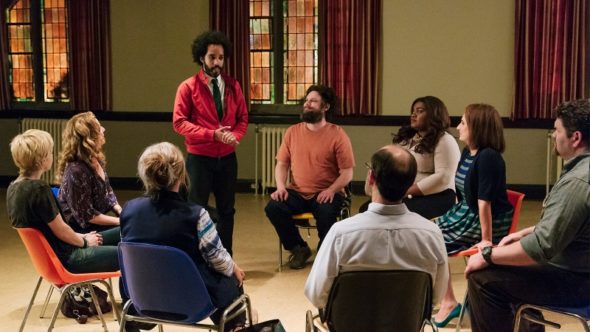 renew for another season.

had me hooked when you mentioned vertical pupils. the thought of 3 classes ebee’s working together mind blowing.cant wait for more

Happy to hear this show is coming back…. what’s not to like when you have aliens called Jeff, Don and Kurt?!

I have spent many hours researching this Wondeerful show!!! I keep looking for the show in my satellite guide to no avail I really do hope that I will be seeing more ‘People oEarth’.

Great show! More promos! Give us a 1 hour special

The funniest show I’ve seen in a long time! !!!

My daughter told me to watch this show, now I am hooked. PLEASE do not cancel this show. Very addictive.

I LOVE People of Earth and have watched each episode four times. I’ve had people over for marathons. Keep it coming and DO NOT cancel it,. Please

I love People of Earth, and so far I’ve gotten 5 more people addicted to it. EVERYONE I’ve shown it to loves it.

My favorite show this year. Will be seriously bummed if they cancel it.

Love this show. It is so original and hilarious. Love how they mix all the various alien, abductee, UFO stories into one pot and come up with such funny storylines. I hope it comes back for more seasons.

I hope that People of Earth definitely is signed up for a second season!!! It’s quirky and fun!!!