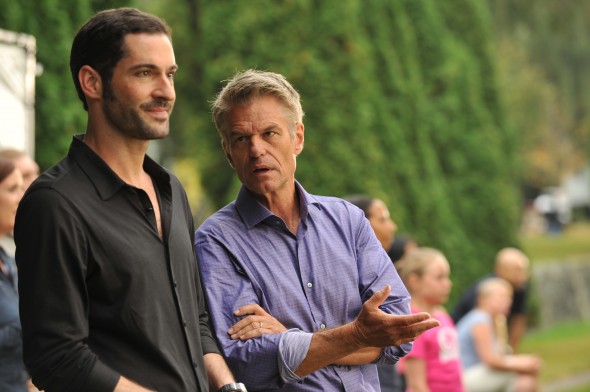 There’s been no shortage of TV shows about doctors who have lots of problems. Some are ratings hits while others are cancelled after only one season. How’s Rush on USA Network been doing? Will it get a second season?

Launching in mid-July, the first episode of Rush attracted 1.7 million viewers with a 0.4 rating in the 18-49 demographic. It wasn’t an impressive start for a scripted show on USA.

For the episodes that followed, the numbers have bounced all around — up and down like a ping-pong ball. Last week’s installment hit series highs while the previous week hit new series lows. It’s difficult to explain but, when the ratings get this low, it doesn’t take many Nielsen viewers to watch or not watch a show to cause a dramatic shift in the ratings. Still, it is unusual.

Like Satisfaction, Rush has very poor ratings — even when compared to the rest of USA’s ailing scripted series. It seems very likely that USA will cancel Rush but, given the cable channel’s current situation, it could easily go either way.

But, what do you think? Do you like the RushTV show on USA? If you ran the network, would you cancel or renew it for a second season?

10/2 update: USA has cancelled Rush after one season of 10 episodes.

In a way I kind of like the show because of his so called flaws. Though it’s hard to believe he could be using so much all the time and still be really good at being a doctor regardless if he should be hammered some of those times. Naturally being the USA channel they have to eventually make it a chick flick like everything else on there. My guess that’s what edged the ratings a little because finally his getting in tight with the old girlfriend made the women viewers stay tuned for the whole episode. And since the fanale… Read more »

Keep it, it is a good show. Don’t pull your usual crap, u.s.a keeping BAD one’s and cancelling good ones.

Please continue it. I love it. I only wish I could of seen all the shows. Would love to have a cd series of this show

Love the show. Keep it!

Rush is a GREAT show! The good doctor has MULTIPLE flaws but that is what makes him and the show so interesting. I really enjoy the various characters that come and go, which again, makes the show interesting and enjoyable. I really like Eve’s part as well as Dr. Burke’s. I want to see how Eve’s life goes on after killing her former stalker/boyfriend. In addition, I want to see how Dr. Burke will deal with his wife and the problems he likes getting himself into while hanging out with Rush. The show is excellent! It is funny and refreshing.… Read more »

Rush is a great series, and should not be cancelled but RENEWED. It is a exciting new show. I look forward to tonight finale, and look even more forward to more seasons.

Me too! I love the show!

Keep it. But make it available for free on xfinity and hulu. You’d get lots more eyeballs, asses in seats, whatever they’re calling viewers these days.