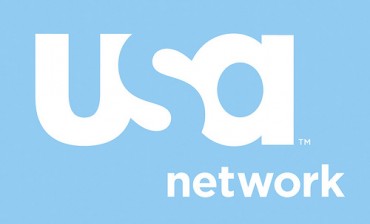 Over the course of its history, USA Network has had both great successes and big disappointments when it comes to their original scripted shows. Which of the current ones will be cancelled or renewed for another season? Stay tuned!

There’s lots of data that USA Network execs look at when deciding whether to renew or cancel a TV series but ratings are the major ingredient. Here’s an updated listing of all of their recent/current primetime scripted shows.

love the show each Friday. Music is atrocious. Please get rid of drums.

Is Nash Bridges the reboot really going to come back on USA. I don’t see it listed. Did the 2 hr. movie to promote it air?

I Love The Show Queen Of The South, Never Heard if It Or Watched Until I Seen On Netflix

Love The Show queen of the south, never really heard or watched until I Seen on Netflix

The commercials you played during magnificent 7 was by far the most ive ever heard of, your showing from 8-11 was an hour and a half of movie and the same for commercials, you make watching movies on your channel absolutely torcherous and ill never go thru it again, your the reason tv these days suck!!!!!

The new season of THE PURGE should not be allowed to air . It is the most violent piece of garbage I have ever seen. It just horribly promotes violence, base on the 1st season . Shame on USA NETWORK, which normally I love.

Please don’t cancel Pearson, it is my favorite show!!

I just want queen of the south to return I don’t watch alot of series but this one j love .

I enjoy many of the shows on USA network but I am highly annoyed by the constant Talking Stoop airings. Either make it a show or stop the frequent unnecessary airings of the bits and pieces. I honestly feel they look silly sitting on a stoop! I enjoy Nessa as a host but I feel there is a more professional gig out there for her. She deserves that!

So sad suitability has been cancelled I absolutely love this show!! The writing and acting was exceptional!!

“Suits” is one of the best written TV drams in many a year. My attention never waivers. One can’t stop watching. Mesmorized is the best word to describe attention. The actors are simply terrific. Cudos to the writers and actors.