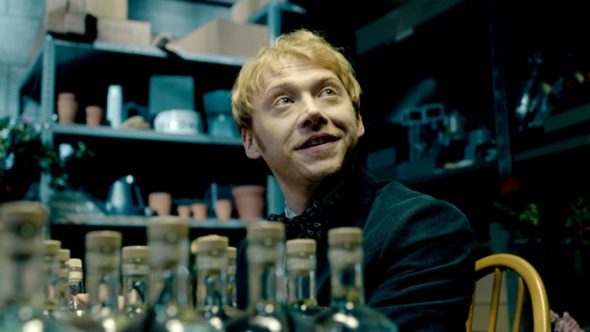 Snatch is back in action. This week, Crackle announced the TV shows will debut its second season in September.

Based on Guy Ritchie’s 2000 film of the same name, Snatch “centers on a group of twenty-something, up and coming hustlers who stumble upon a truck load of stolen gold bullion and are suddenly thrust into the high-stakes world of organized crime.” The cast includes Rupert Grint, Luke Pasqualino, Lucien Laviscount, Phoebe Dynevor, and Ed Westwick.

Season two of Snatch debuts on Crackle on September 13th.

CULVER CITY, CA – July 23, 2018 – Sony Crackle announced today that the sophomore season of its scripted original drama, “Snatch,” starring Rupert Grint also an executive producer, will debut on Thursday, September 13. In ten all-new episodes, the series takes viewers to Spain’s Costa del Sol and follows the Hill Gang on the lam in another thrill-a-minute fight to save their fortune, and their lives.

This season, true to form, it’s not long after settling in the fictional coastal town of San Toledo that the Hills run afoul of the local kingpin and find themselves pressed into the malevolent crime boss’ service. Just surviving will take every ounce of skill and daring our heroes have but outsmarting their enemies and taking over the town for their own is something only the Hills are savvy and crazy enough to pull off!

The series, loosely based on the wildly popular film of the same name, is executive produced by Alex De Rakoff, who also serves as writer and showrunner, Aaron Ginsburg, William Green and Rupert Grint. New this season are directors Kevin Connolly, Tom Dey (“Failure to Launch,” “Shanghai Noon”) and Luis Prieto (“The Oath,” “Kidnap”).

Viewers can catch-up with the first season of “Snatch” and stream all 10-epiosdes on the free streaming network now.

What do you think? Are you a fan of Snatch? Will you watch season two?

Loved the first season and was very funny to boot as well.