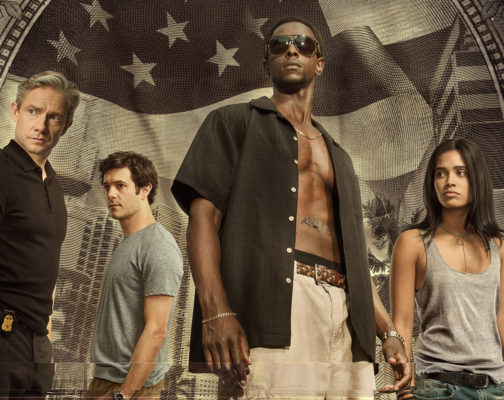 StartUp is starting back up soon. Today, Crackle announced the TV show’s third season will debut in November.

The drama series tells the story of the emergence of GenCoin, a new cryptocurrency that also has the dubious distinction of germinating on the “wrong side of the tracks,” thanks to three unknowns who are hardly typical tech engineers. The cast includes Martin Freeman, Adam Brody, Edi Gathegi, Otmara Marrero, Wayne Knight, Aaron Yoo, Ron Perlman, Addison Timlin, and Kristen Ariza.

Season three of StartUp premieres on Crackle on November 1st.

CULVER CITY, CA – August 27, 2018 – Sony Crackle, the free streaming network, today announced that the third season of its scripted original drama series, “StartUp,” will premiere Thursday, November 1 with a sneak peek on Amazon devices through the Sony Crackle app starting Monday, October 22. In ten all-new episodes, friends will be fighting it out for power and will be threatened by what might be the most dangerous criminal organization of all: the U.S. Government.

As recently announced, the new season of “StartUp” will have its world premiere at this year’s Tribeca TV Festival on Friday, September 21 at 6:30 p.m. A conversation will immediately follow with show creator Ben Ketai and series cast members.

“StartUp” is produced by Critical Content and Hollywood Gang Productions. Gianni Nunnari, Shannon Gaulding, Tom Forman, Andrew Marcus, Ray Ricord, and Anne Clements all serve as executive producers. The series is created and written by Ben Ketai (“Chosen,” “The Forest”) who also serves as executive producer and director. Adam Brody, Ron Perlman and Edi Gathegi serve as producers. The series, which is seen in over 21 territories around the globe, filmed in Puerto Rico.

Viewers can catch-up with the first and second seasons of “StartUp” and stream all 10 episodes on the free streaming network now.

What do you think? Have you seen StartUp? Will you watch season three?

I LOVE this show!!! I was so thrilled when it was renewed for season 3 last year and I’m hoping more people will notice it so we definitely get a season 4! the acting is SO good and the storyline so compelling. these writers are not afraid to do crazy things with the narrative. you will laugh, cry, and scream. this show ranks right up there with Breaking Bad. check it out!

Seems Martin Freeman won’t be back this season? He’s not listed in the official press release and his name used to be at the top.