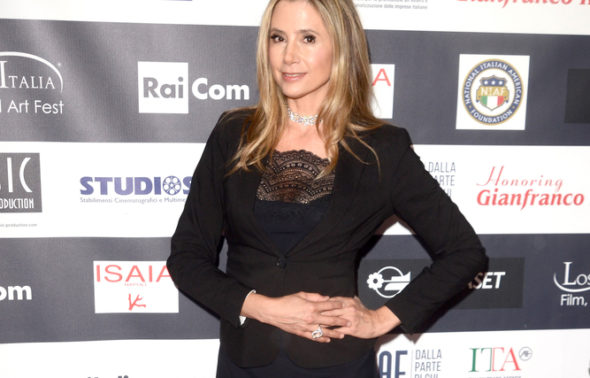 StartUp is starting a new season. Recently, Crackle announced production has begun on season three of the TV series and Mira Sorvino has joined the cast.

On StartUp, Sorvino will be playing “Rebecca Stroud, a NSA special agent who has come to investigate ArakNet, and will do whatever it takes to have ArakNet partner with the government.” Crackle has not yet announced a premiere date for season three.

Pasadena, CA, January 14, 2018 – Crackle, Sony Pictures Television Networks’ free, ad-supported streaming network, today announced that production is underway in Puerto Rico for season three of the 10-episode original drama series “StartUp.” In addition, Academy Award-winning actor Mira Sorvino joins the cast as Rebecca Stroud, a NSA special agent who has come to investigate ArakNet, and will do whatever it takes to have ArakNet partner with the government.

Season one of “StartUp” centered on the world of cryptocurrency. In season two, the focus was on the cost of ambition and we watched as our three unexpected comrades crossed the line in order to get back what was taken from them. In this upcoming season, those same three friends will be fighting it out for power in 10 explosive episodes and will be threatened by what might be the most dangerous criminal organization of all: the U.S. Government.

In addition to Mira, the following will also join the new season with recurring roles: Zachary Knighton (“Santa Clarita Diet”) as Tucker, a wildly successful hedge-fund manager who wrestles silently with the guilt of having been handed everything by his father, and entertains the idea giving ArakNet their series B financing to separate himself from the heard; Tyler Labine (“Deadbeat,” Tucker and Dale vs. Evil) as Martin, Tucker’s brother, who is quietly jealous of his older brother’s good looks and status, and tragically overcompensates through partying and womanizing, a lifestyle that eventually lands he and Tucker’s firm in hot water; and Jason Kravits (“Unbreakable Kimmy Schmidt”) as Richard “Haggie,” who is crafty but desperately insecure and will attempt to break the cycle of abuse of which Wes lords over him

What do you think? Have you seen StartUp? Will you watch season three?