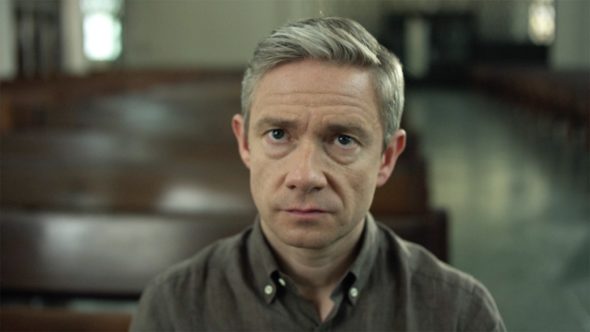 This series shouldn’t shut down any time too soon. Crackle has renewed its StartUp TV show for a third season. Season two just debuted on September 28th of this year.

Starring Martin Freeman, Adam Brody, Ron Perlman, Edi Gathegi and Otmara Marrero, Seasons One and Two of the Tech-Infused, Hour-Long Thriller Are Currently Available Online and On All Connected Devices via the Crackle App

Culver City, CA., November 15, 2017 – Crackle, Sony Pictures Television Networks’ free, ad supported streaming network, today greenlit a 10-episode third season of the network’s popular hour-long original, “StartUp.” On the heels of the show’s season two launch on Crackle, the sophomore season of the tech-infused thriller is currently the #1 title on the free, ad-supported service.  “StartUp” has also been a hit internationally and well-received by fans in over 50 countries, across several broadcasters and streaming platforms worldwide.

This past season of “StartUp,” created by Ben Ketai, took the narrative beyond the world of cryptocurrency and pulled the curtain back on the intersection between technology and the digital black market through a darknet prototype called Araknet.  Season two stars Adam Brody (“CHiPS,” “The League”) and Ron Perlman (Hellboy, “Sons of Anarchy”), who are also producers, along with Martin Freeman (“Fargo,” “Sherlock”), Edi Gathegi (“The Blacklist,” “Into the Badlands”), Otmara Marrero (“Graceland”) and Addison Timlin (“Californication”).

“We are excited to open the writers’ room and partner with Crackle for season three of StartUp,” said creator Ben Ketai, also writer, executive producer and a director on the series. “This past season was exciting with nods to relevant and timely topics like corporatization of the internet, Bitcoin and the darknet that made for some great storytelling. But the series works because those headlines are juxtaposed with the personal stories of our characters and how the cost of ambition impacts their lives and the lives of those around them. We will take that narrative even further in this next chapter and look forward to bringing the StartUp family back together again in the new year.”

“Thanks to Ben Ketai for his vision and to our stellar ensemble cast, Martin, Adam, Ron, Edi, Otmara and Addison, whose tremendous performances gave this series the kind of weight and edge that viewers have come to expect from a Crackle original,” said Eric Berger, GM of Crackle and EVP and Chief Digital Officer at Sony Pictures Television Networks. “We are excited to continue the story in season three and expect that Ben and company will take us on another entertaining and wild ride.”

What do you think? Are you a fan of the StartUp TV series? Do you plan to stream season three, on Crackle?

season 2 not good. Why make Issy a lesbian? Silly. Every show has the token lesbian couple. Obviously a show produced, written and directed by males, whatever that is. Sick of the lesbian storylines.

Always a bizzare storyline but always enthralling to watch once you get past the first few episodes and start to get the general jist of the story.

I even got used to Freemen’s terrible American accent.