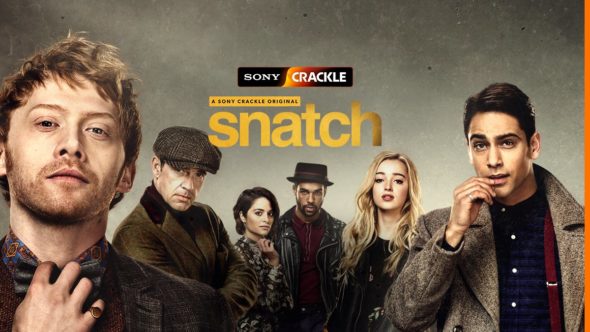 TV show description:
A crime comedy-drama from creator Alex De Rakoff, the series is loosely based on the 2000 Guy Ritchie feature film of the same name. It is inspired by a real heist that took placed in London.

The story follows Charlie Cavendish-Scott (Grint), and a group of hustlers in their 20s. When these up-and-comers happen upon a truck full of stolen gold bullion, they find themselves at the epicenter of organized crime.

Now, the boys have to learn to wade through the criminal underworld. Meanwhile, corrupt cops, boxers, international mobsters, and local crooks are swarming the scene.

What do you think? Do you like the Snatch TV series? Should this Crackle TV show be cancelled or renewed for another season?