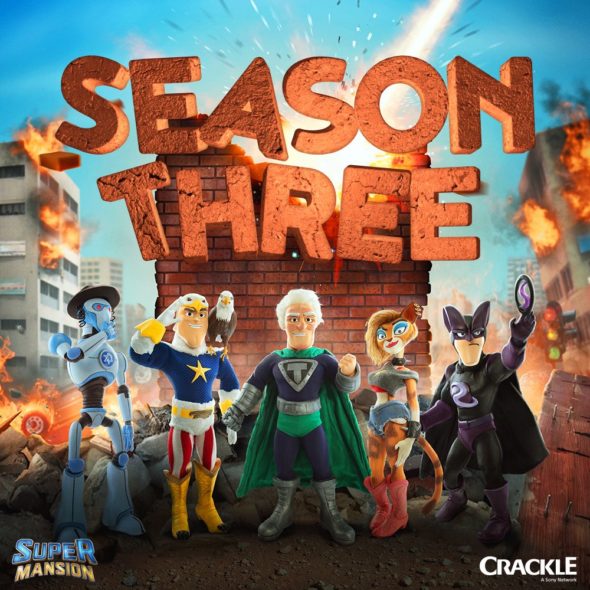 The League of Freedom is coming back, for more. The third season of the SuperMansion TV show will resume on Crackle, Thursday, April 12, 2018. The hiatus has been rather lengthy, as the first half of season three premiered back in October. Crackle also announced it is planning a SuperMansion special for the summer of 2018.

Learn more about season three of the SuperMansion TV series from this Crackle press release.

In the upcoming season, the lunatics get the keys to the asylum when Dr. Devizo (Chris Pine) is declared a hero after “saving the world” at the end of last season. He and the Injustice Club are all made honorary members of the League of Freedom. The heroes and villains must learn to live and work together if they’re going to combat the never-ending amount of evil in the world.

What do you think? Are you a fan of the SuperMansion. TV series? Do you plan to stream the third season, when it returns to Crackle.

I love this show….. I haven’t laughed so hard in awhile. Please Return this show

Dude.
Same.
TV sucks, but this show? I’d take a Ball Peen Gavel of Justice shot to the chin for more of this.
Wha-What??!?!

It’s a great show. Need to learn more about the heroes, their past/history. Who were the past heroes and what lead the “Good Doctor” to leaving the team. There is many questions,I would liked answered.