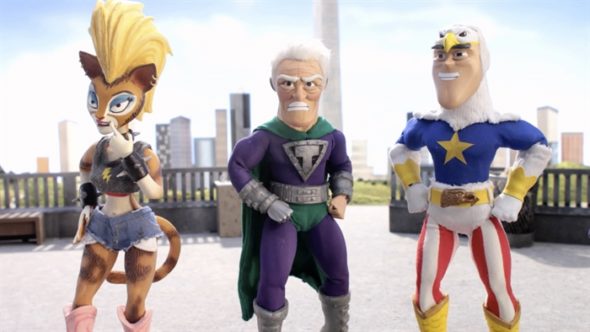 Welcome back to SuperMansion. Crackle just announced the TV show’s third season will return in October.

The animated comedy follows Titanium Rex (voiced by Bryan Cranston) and the League of Freedom, a group of superheroes who use their superpowers to fight for liberty, justice, and social relevance — or at least that’s their purpose. The voice cast also includes Keegan-Michael Key, Heidi Gardner, Zeb Wells, Jillian Bell, Tom Root, Chris Pine, and Breckin Meyer. 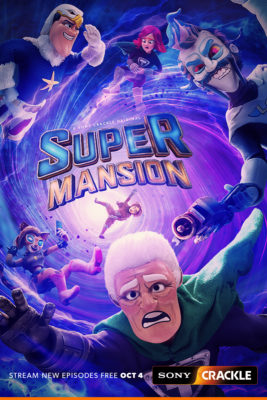 After defeating Zenith’s (Yvette Nicole Brown) evil Uncle Ridan (Taran Killiam), the League finds themselves trapped in a dystopian future, but when they escape back to our time, they discover they’ve been gone six months…and Dr. Devizo (Chris Pine) and his Injustice Club has replaced them as the League of Freedom! Rex (Bryan Cranston) and the team must learn what it means to be heroes without the fame and glory afforded them by their stature in the mansion. But it’s not all champagne and roses for Dr. Devizo (Chris Pine) – his ex-wife, Debbie Devizo (Minnie Driver), returns from the island he stranded her on decades ago. The island has turned her into an unstoppable killing machine…and Dr. Devizo is in her crosshairs! Rex and his team must decide if Dr. Devizo is worth saving…and then figure out how!

What do you think? Do you watch SuperMansion? Are you excited for the new season?