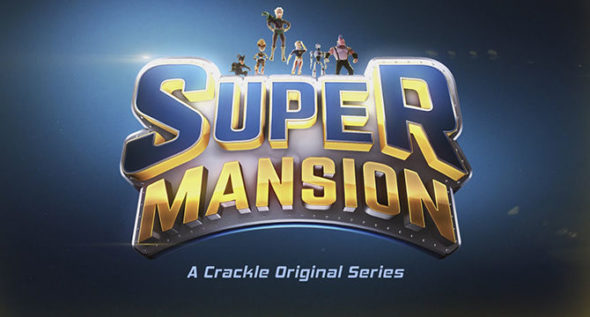 Get ready for a special episode of SuperMansion. A Halloween themed episode has been announced, and a new trailer and key art have been released promoting the episode.

Crackle revealed more about this special SuperMansion episode in a press release. Check that out below.

In the all-new stop-motion animated Crackle original special SuperMansion: Drag Me to Halloween, the League of Freedom experiences all the fun and adventures of Halloween.  It’s Titanium Rex’s (voice of Bryan Cranston) least favorite night of the year, fraught with beautiful ghosts, demonic spirits, evil dentists, and even some unforeseen attractions mixed in.  Special guests include comedians Lake Bell (“Childrens Hospital”) as Millicent and Phil LaMarr (“Futurama”) who voices Hugh Dorvaks.  Series regulars Tucker Gilmore (voice of Black Saturn), Zeb Wells (voice of Robobot) and Heidi Gardner (voice of Cooch) are also featured in the special.

SuperMansion is created by Matthew Senreich (“Robot Chicken”) and Zeb Wells, who also act as executive producers under their production company Stoopid Buddy Stoodios alongside Seth Green, John Harvatine IVand Eric Towner.  Bryan Cranston and James Degus also serve as executive producers under their production banner Moon Shot Entertainment. SuperMansion: Drag Me to Halloween is written by Tom Sheppard(“Robot Chicken”) and Zeb Wells.  The special is directed by Nick Simotas.  Season two of “SuperMansion” will return in early 2017, as previously announced.  You can binge-watch all 24 episodes of SuperMansion for free on Crackle now.”

Are you a fan of SuperMansion? Will you check out the special Halloween episode? Tell us what you think. 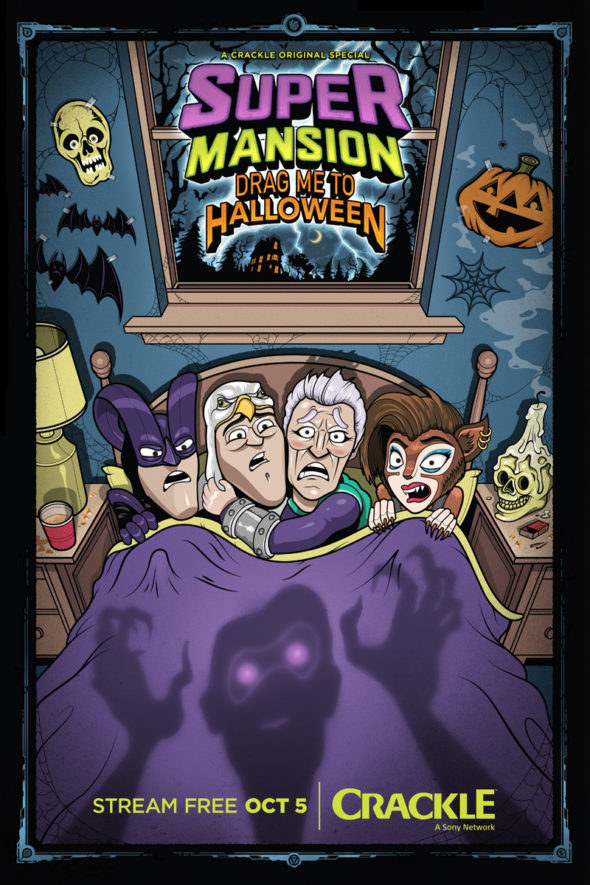