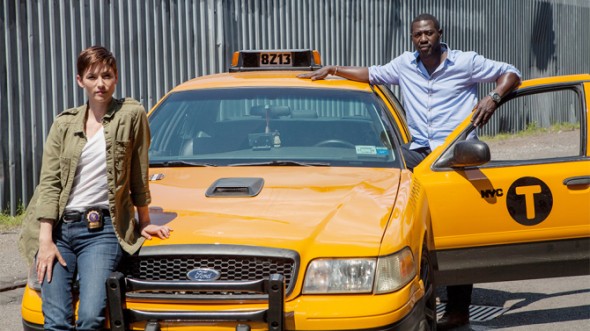 NBC‘s new Wednesday night series Taxi Brooklyn has an unusual premise — but sometimes that’s what it takes to become a hit show these days. How’s the series been doing in the ratings? Will it be cancelled or renewed for a second season?

This police series got off to a lackluster start at the end of June with the first episode drawing just a 1.0 rating in the 18-49 demographic and 5.34 million viewers. The ratings have gone up and down over the course of the season but have trended downward. Last week’s episode hit a new low with a 0.7 demo rating and just 4.42 million viewers.

Ordinarily, numbers like these would mean that a show would be cancelled outright. However, NBC licenses this show from EuropaCorp Television so their costs are lower. While it seems likely that NBC will cancel Taxi Brooklyn, EuropaCorp could potentially produce a second season and find another US outlet to air it.

But, what do you think? Do you like the Taxi Brooklyn TV show? Should it be cancelled or renewed for a second season? Would you watch it on another channel?

It’s about time that we got something that was just drama related, or “reality” t.v. It was just something different. I would definitely watch season 2.

What type of people would leave viewers hanging in a series and not renew?!!!! This is the worst case I’ve seen to do so. Absolutely disgusted!

Just watched on Netflix. Great show and now heard it was cancelled. Very disappointed. Take some of the trash off tv and Netflix and I’ll be much happier

I feel the same way everyone else does,you shouldn’t leave everyone hanging on the last episodeI feel there should be one more season at least to see if the ratings go up and I feel they will. season 1 kept me wanting to see each episode because I feel the characters were phenomenal and that NYC but the characters to life.

I think that the show was great! The network made a mistake cancelling it. If they planned not to bring it back the last episode should have had a closing rather than leaving the viewers hanging.

I think that this show should have not been canceled or other shows. This show was awsome it was getting juicy at the end this show is aswome have great action like the driving soo what’s wrong with it everybody else like it pls bring the show back it’s aswome

Ok I know this is A Late Comment But I have had The Show on DVR For a While and I decided to watch it because I Loved The First show…Then I recorded all the rest of them!! So I have Just finish the Series and I am Hooked… Please Please bring this Show back…it is Awesome! I wish I had Watch them sooner but I didn’t. ..!! I would watch it on any channel you guys are able to put it on just bring it back on please….!!

I would love to see more of this show. I really enjoyed the first season.

Bring it back, it is so much better than most shows. Fun and quirky with interesting story lines.

Bring it back it is great show I was so involved and wondering what next.

I loved the plot/ story line and characters. The writers had too many inconsistencies and omissions that we noticed through out the series. You completely left the audience hanging at the end which sucks.

Please keep Taxi Brooklyn on. It is a great show.