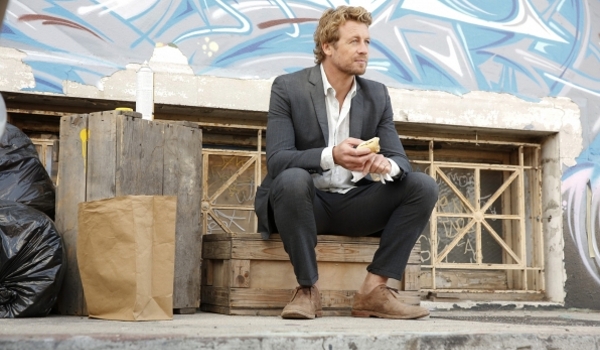 Get ready to say goodbye to Patrick Jane. The Mentailist is ending after seven seasons on CBS

Series co-star Tim Kang confirmed that the drama will be ending in a tweet that reads, “This is our 7th and final season. Looking at the scripts now, it’s so fun and such a great season!”

When the show was renewed for season seven, it was suspected that this would be the final year. The series has grown more expensive over the years and the ratings aren’t nearly as strong as they once were.

The Mentalist has been on the air since Fall 2008 and the seventh season is expected to begin airing sometime mid-season.

What do you think? Are you sorry that The Mentalist is ending or is the timing right?

As always, when a major network has a good show they find a way to cancel it. This is a GREAT , well written series with smart plots. The end for these overpaid network idiots is about to come to an end. In the meantime, I am very very sad…..

I am so upset The Mentalist is ending. Why??? I hope another network picks the show up. I’m completely in love with Simon Baker. I love the whole cast. CBS has a lot to learn. There are so many other shows on CBS now I will not watch, i.s. The Good Wife.

I’m sure Simon Baker, with his talent can be cast in another show. CBS you have alot of very upset fans of the show.

I am So mad they decided to end the Mentalist my favorite show.
Is there a way to protest? Band together and ask them to bring it back?

I am gutted that the Mentalist has been cancelled , it was one of my favourite shows ever so sad .

Sad to see a great show coming to end, rating dropping is that because the writers finding it hard for them to come up with new stories. The actors themselves maybe they had enough. Bones, Castle, Mentalist CBS these crime shows are great .Love it when you see couples come together and a great team to add, makes a great show, If These crime shows must come to end. Bones 10th season, Castle 7th think there is 8 unsure, waiting to see 7th mentalist, I am from aussie land ( Australia ) I pay for these shows by the time… Read more »

We should boycott CBS… until they bring the mentalist back!!!

This is one of our FAVORITE shows. We hope you will reconsider and renew it. We like the characters and the direction it is going with Jane and Teresa as a couple. We are in the senior age group and know other seniors also like it, not just the younger set.

I’m very disappointed to learn that one of my favorite TV shows, The Mentalist, is being discontinued. I like all the cast members and will miss seeing them every week. I think that whoever made this decision should be spanked and then flogged. 🙂 If anyone has heard what the main characters have planned once the show ends, please do share the info.

I love that show and I will really miss it when it’s gone!
Lisa

I really enjoyed this show and am sorry it is ending. It had a great cast and the writers were outstanding to come up with so many interesting story lines. Sorry it had to end

It’s what they do put on a good show get you liking it then just when your really getting into it and liking the people in it They take it away.. At Least come up with something for the loyal watchers and tell us WHY! Is It the cast? Did they decide they didn’t want to continue? Give us something so we can at least understand…

Kinda kooky that I think they’ve moved it back to where it was originally when the series started. Next week it’s on Wednesday night, but at an early time of 7 p.m. central. Interesting. Most of the time they move ’em to Friday night to die. Don’t get me wrong I really enjoy the show.

I enjoy the mentalist. I hope this will not be the
final season.

My husband and I are very disappointed that the Mentalist is coming to an end. There are very few good shows on TV and out of the few good ones, this is the best.

The Mentalist is one of my favorite TV shows! Have the actors already found other pursuits? If the network gets enough negative feedback, is there a chance it will keep it on?
And if so, how do we complain, i.e, what website, mail, ????

CBS confirmed that this is the last season. It’s over there’s nothing you can do about it.