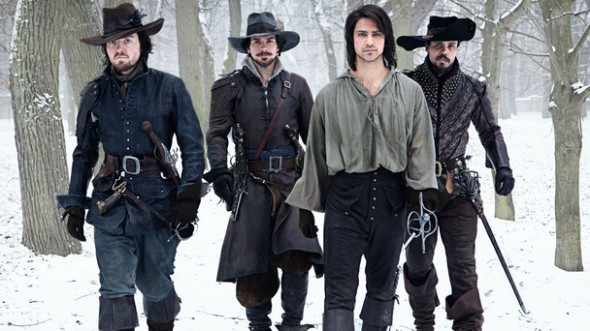 Love this show and am excited there will be a season 2. The actors do a great job – their friendly banter during intense times is great. It’s a different take on the book but it’s very well done. I hope there are many, many more seasons to come!!

Loved the show! Just finished the finale and hoped that there would be a season two and now we see there will be!

I loved the first season,cannot wait for the second.

Really nice show and am looking forward to Season 2! Great job by all the actors, and such a nice take on a real classic!

I wish I could watch the second season right now.

This is a wonderful series. To bad we have to wait so long for it to start up again.

I will definitely be watching this series again! It is great.

The other thing that screams “street teamers” to be is the steady stream of positive messages all saying the exact same thing is practically the same words, even months after the announcement…

The site must be happy it is considered an important enough target for street-team PR.

Glad to see it was renewed! Yes i will watch the next season , can’t wait!

Oh, yeah! Aside from the obvious, as detailed well in other comments, I also appreciate the efforts to stay at least somewhat true to Dumas’ spirit in the writing. So long as it stays “on track” and doesn’t get too carried away with some modern twists, I’ll be a viewer! Besides, the series has the interest of my boys, and my younger son aspires to apply his art interests to the talents of the leather artists and sword masters. Bravo!

Are you kidding! With four hunks like that, what woman would not watch it. Can’t wait for Season 2.

When MERLIN left TV, along came a wonderful replacement of MUSCATEERS. Hope it keeps going…going..

Love this show. Hope it will have many seasons

I simply enjoy this series!! So glad it was renewed a second second!! It takes the place of Merlin. I hope you keep giving us these good looking, great pal, “educational” episodes for at least the standard time frame. Also hope you change the fate of Constance. I really like her relationship with the Musketeers, especially D’Artagnan, their love scenes seems so real!!! Thanks!!!