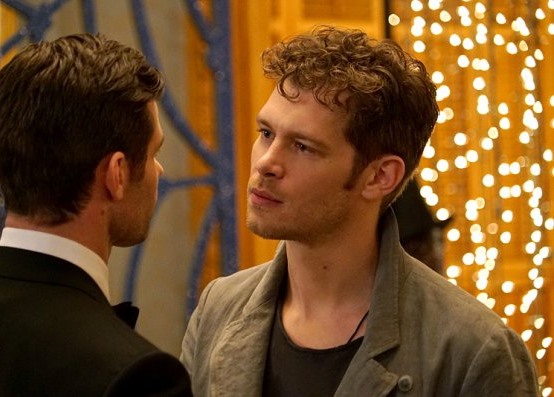 The Originals is currently airing its third season on The CW, but Joseph Morgan is already pitching ideas for the end of the vampire drama series.

According to Entertainment Weekly, he said that he would like to see “Elijah and Klaus kill each other in a sword fight.”

This end would be fitting with the current state of the brother’s relationship on the series. They had come to a truce of sorts since the start of the season, but secrets from the past were revealed on this week’s episode and the brothers are at odds once again.

Would a sword fight to the death be a fitting end to The Originals? Tell us what you think.

I would love to see them in a sword fight but they can’t be killed. So it would be FUN 😀
I hate AURORA already.

I think they should not end each other i like both klaus and elijah characters.

Sword fight? Sure? If The Originals or the producers are take Caroline to New Orleans it woudl a great show. On the other hand they could send Klaus Elijah to Mystic Falls again but NO! JoMo likes the idea that they kill each other. Wow and on Convention he said, he likes the idea that Caroline would be endgame. Should Caroline go on the next funeral? Is that the idea of Klaroline should be endgame? I don’t get it… sorry.

what are you nuts the originals can end like that. IT JUST CANT END. so what his saying is his going to quit. with out klaus and ilaija. their is no originals so WTF is he really saying. & if your going to end a show thats had 2 perfect ending seasons, with so much drama in the family. that would be the wrong way to end it. morgan is the show and he knows it. remember ALWAYS AND FOREVER. HONOR THE SHOW. AND PLEASE PAY YOUR 2 STARS MORE MONEY. CW.

ABSOLUTELY NOT!!!! The brothers are playing this right now, not only me believes this.
please don’t just end it this way…the series is way to good for that.

no i do not i would like to see the series go on for a number of years. then maybe by some sort of mystical scenario all the originals do some good deeds, save the world and then become human.

Although I hate Klaus I hope he doesn’t die soon….only cause his death means the death of good characters and I hope both TVD and the originals last a few more seasons.,and even though I hate Klaus I love the idea of him and Cami , and also Elijah with Haley so I hope that happens.

No, think they should fight but not end their lives. This would iron out their disagreements with each other. I am enjoying every Thursday watching the Originals and vampire diaries so don’t end the series.

I sure hope that the whole family can get back together as one in the end.

Man thats a real stupid idea to let the two brothers kill each other,, how stupid are thes writers . its just like the super heroes dramas . by letting the hereos fight each other , why not have another bad guy and let the brothers die saveing there neice , by them dieing by some one lifting the curses dont let them kill each other , thats dumb