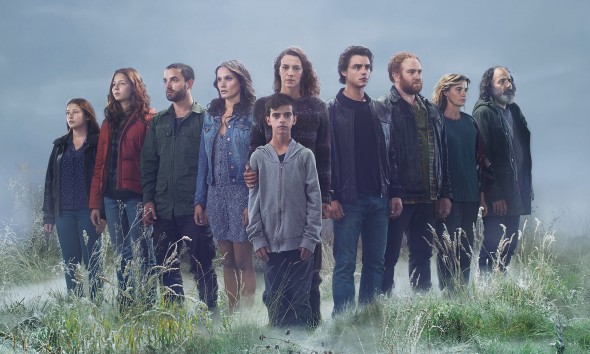 Season two of the French series The Returned debuts on Sundance TV on Halloween, but is there more story to tell? The creator of the series, Fabrice Gobert, spoke about the series with Digital Spy, and he is not against a third season.

“I think there can be a third, but season two is really constructed as a mirror to season one. There are a lot of questions, a lot of mysteries, a lot of stories that began in season one, and those had to be completed in season two.  So we can imagine easily season three, but I think it would be different from the two first chapters.”

Two members of the cast, Pierre Perrier and Jenna Thiam, also teased the possibility of a third season. However, season two will give fans a satisfactory ending.

Are you a fan of The Returned? Would you want more? Tell us what you think.

I think you should have a season three, as the story line can go 6 or 8 seasons. And I like it.

Love this show and please make a season 3

Love this show. Yes to season 3

This series was amazing and kept me wanting more every episode. I’m hooked. I want to know every detail about what happens to every character. Please do another season ♡

Sweeping beautiful cinematography… Lovingly melancholic storylines for characters… The depth of emotions explored and the line between the living and dead blur. The interplay of the twins, Camille and Lena, one whom died on the verge of adulthood and the other left living, forced to mature rapidly beyond her years. It’s a more brilliant focus than even Dorothy in the wizard of OZ- a story of a girl on the verge of adulthood finding herself as she journeys thru the mysteries of OZ/ her subconscious. It’s not a horror show of the macabre, but an exploration of love and loss…… Read more »

Absolutely love this series!!! A third series is a must!

Just finished season 2 and sooo ready for a 3rd season! Too many unanswered questions and too many untidy situations to wrap up…bring on season 3, please!!

So addicted to this show and cast! Pulling for Lena to further help Serge become who he should have been. Their story through the seasons has been beautiful, and the pain he felt when his father hurt her…so touching, especially after the horror he caused all of those others! What about little Nathan? So much more to see!