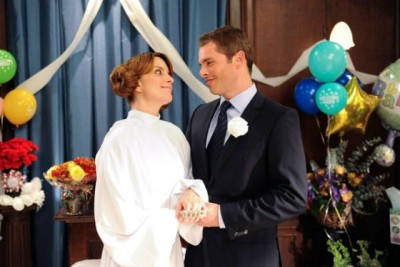 Thursday, November 29, 2012 ratings — New episodes: The Big Bang Theory, The X Factor, The Vampire Diaries, 30 Rock, Last Resort, Two And A Half Men, Up All Night, Grey’s Anatomy, Person Of Interest, Glee, The Office, Beauty And The Beast, Parks And Recreation, Elementary, Scandal, and Rock Center With Brian Williams.

On CBS, The Big Bang Theory won the night in both categories with a 5.4 rating in the 18-49 demographic with 17.2 million total viewers. Compared to the last original episode two weeks ago, the series was down by 5% in the demo. Despite any controversy, Two and a Half Men held steady with a 4.1 demo rating and 13.8 million. At 9pm, Person of Interest registered a 2.9 rating (-6% change) with 14.3 million and at 10pm, Elementary drew a 2.2 rating (-4% change) with 10.4 million.

What do you think? Will Last Resort keep falling? Will The CW continue to beat ABC and NBC at 8pm? What were you watching last night?

Person of Interest, it’s my favorite show on TV.

Last Resort will not be renewed. I know they were hoping for a miracle, looks like that won’t be happening. Oh well…