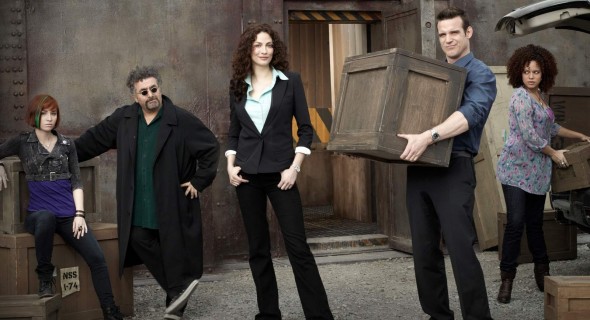 This was an entertaining show. I liked it!!

Warehouse is one of the best shows on this network. It is good family tv they the higher ups again do not know what the public audience want. Such a shame it has been nixed

I really think that killing Warehouse 13 was a really bad idea. Why is it when you get a good show you always cancel it and keep the wrestling. That stuff is horrible and boring. Why can’t you bring Warehouse 13 back again for at least 3 or 4 more seasons? I know that you could find plenty of new story lines and continue it with moving warehouse 13 and making it warehouse 14, but keep all the same characters. It is just totally wrong not to bring it back.