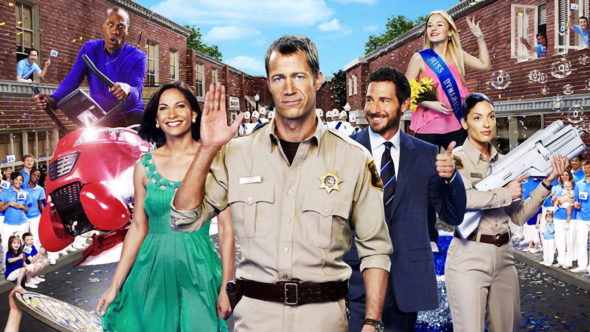 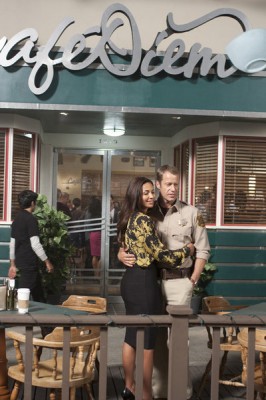 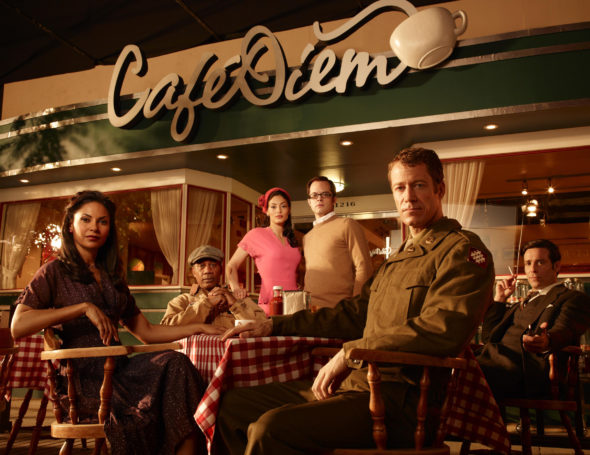 I would definitely buy and watch another season or re-make of Eureka on whatever medium was bright enough to continue the journey.

Yes I loved watching Eureka. I so wish there was more.

Loved Eureka!!! I watck all five seasons. Someone should pick up the show these years later with newer and better technology than before WOW do you even know what that means with all the de classified from our government and governments around the world. WE really need to have a show as Eureka to put the entertainment back on our tvs. Thank you so much. My the force be with you. Blessings to all.

This really was an amazing show that really got me hooked. With in just a few weeks I flew through all the seasons and am so sad to see it’s over especially with so a Clift hanger for the ending of the last episode! Henery as Heandof GD?! Jack and Alli are pregnant????! Jacks faughter is gifted and yet no one still knows?!?!
Man what I would do for at least one more season to close all the story lines out once and for all.

It stinks that it was canceled but thank goodness they got to complete the final season and end with a finale. I hate it when a show just ceases to exist with no conclusion. I thought the way it ended was perfect and those last seconds are something you can’t come back from. Having ended the way it did I would hate to see it wrap thing up so well only so suddenly jump back in again (or worse brought back only to end up being canceled for real this time.) I loved the show but I would prefer it… Read more »

I have the Robot Dog that exploded and was on fire from the Episode “Best in Faux”. I loved this show so much I had to have a prop and this episode was one of my favorites.

sigh. It still sucks that it was cancelled for no good reason other than Syfy being cheap.

Watching 10 yrs later. Crying all over again watching them go. It was a love thing