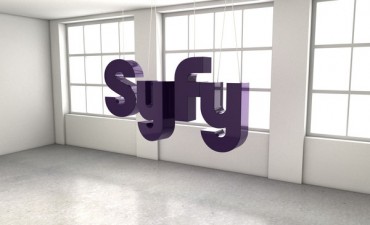 Syfy has announced that US fans will have to wait a bit longer to see the final five episodes of Merlin. They’ve also announced the upcoming debuts of Defiance, Warehouse 13, Ghost Hunters, and Deep South Paranormal.

NEW YORK – March 6, 2013 – Syfy will kick off the spring season with a powerhouse lineup of scripted and unscripted programming led by the groundbreaking transmedia event Defiance (April 15) and the Season 4.5 return of Warehouse 13 (April 29), as well as the debut of the new reality series Deep South Paranormal (April 10).

This spring will also mark the season finales of Stranded (April 3); Being Human (April 8); Lost Girl (April 22) and Robot Combat League (April 23), and the series farewell of Merlin (final five episodes air May 3-May 31).

Premieres Wednesday, April 10 at 10 PM – Deep South Paranormal Research is a bayou-based team on a mission. Steeped in the rich history of their homeland, they want to unlock the ghostly mysteries that have baffled Southerners for years. They are a homegrown blend of Cajun, Creole and self-proclaimed rednecks who share a passion for this part of the country and the paranormal events that take place there. They take on anything from swamp apparitions and haunted plantation houses to Southern voodoo legends. Investigations during this six-episode season include Alabama’s Bear Creek Swamp, the Old Cahawba ghost town, Florida’s Manntown Cemetery and the Mont Helena Plantation in the Mississippi Delta, to name just a few. Deep South Paranormal is produced by BASE Productions. John Brenkus and Mickey Stern serve as executive producers.

Premieres Monday, April 15 at 9PM – Syfy’s highly-anticipated transmedia event Defiance is the first-ever convergence of television and online gaming, featuring an interconnected world between the two mediums as they evolve together into one overall story. The series’ luminous cast includes Grant Bowler, Julie Benz, Stephanie Leonidas, Tony Curran, Jaime Murray, Graham Greene and Mia Kirshner. Set in the near future, Defiance introduces an exotically transformed planet Earth, its landscapes permanently altered following the sudden – and tumultuous – arrival of seven unique alien races. In this somewhat unknown and unpredictable landscape, the richly diverse, newly-formed civilization of humans and aliens must learn to co-exist peacefully. Each week, viewers will follow an immersive character drama set in the boom-town of Defiance, which sits atop the ruins of St. Louis, MO, while in the game, players will experience the new frontier of the San Francisco Bay area. The series is executive produced by Kevin Murphy (“Desperate Housewives,” “Caprica,” “Hellcats”), who also serves as showrunner, Michael Taylor (“Battlestar Galactica”) and Rockne O’Bannon (“Farscape”). Scott Stewart (“Legion,” “Priest”) directed the pilot; Michael Nankin will serve as supervising producer/director on the series. Defiance is produced by Universal Cable Productions.

Premieres Wednesday, April 17 at 9 PM – Amy Bruni’s back! Ghost Hunters kicks off six brand new episodes with the return of its old friend “Red,” as TAPS (The Atlantic Paranormal Society) founder Jason Hawes fondly calls her. Amy joins the team for her first investigation since going on maternity leave last year. In the spring premiere, TAPS is invited to Louisiana’s Shreveport Auditorium to investigate claims of paranormal activity at the famed venue where Elvis Presley played his first professional gig. Did the King of Rock ‘n Roll really leave the building or will TAPS find evidence that Elvis’ spirit is still performing for an audience of apparitions? Ghost Hunters is produced for Syfy by Craig Piligian’s Pilgrim Studios (Dirty Jobs, The Ultimate Fighter, Top Shot). Piligian and Thomas Thayer, along with Mike Nichols and Alan David, serve as executive producers.

Returns Monday, April 29 at 10PM – In the premiere episode “The Living and the Dead,” the series picks up on the stunning, mid-season cliffhanger. Artie (Saul Rubinek) has infected the Warehouse Team – and the world –with the Black Orchid Artifact’s deadly “Sweating Sickness.” If Pete (Eddie McClintock), Myka (Joanne Kelly), Claudia (Allison Scagliotti) and Steve (Aaron Ashmore) can’t reverse what Artie has done, the world will be engulfed by the deadliest pandemic since the Dark Ages. But the Team is already succumbing to the disease’s symptoms as they race to stop the artifact sickness — before it stops them. Among the new Season 4.5 guest stars are Polly Walker (Caprica, Rome), who portrays Charlotte Dupres, a historian who may know more about the Warehouse than she lets on. Walker’s multi-episode arc begins in the premiere. Later in the season, Kelly Hu (The Scorpion King, Cradle 2 the Grave) joins the cast as Abigail Cho, a protégé of Mrs. Frederic (CCH Pounder). Returning Season 4.5 guest stars include Jaime Murray as H.G. Wells and Kate Mulgrew as Jane Lattimer. Warehouse 13 is produced for Syfy by Universal Cable Productions. Jack Kenny (The Book of Daniel) is executive producer and showrunner.

WEIRD OR WHAT? (NEW SERIES)

Premieres Tuesday, April 30 at 9PM – Hosted by William Shatner, each episode of Weird or What? contains three separate stories of the bizarre and unexplained. As the show unfolds, it weighs various supernatural and scientific theories that attempt to explain the story, and sometimes features tests conducted as proof of a theory’s plausibility. The show features strange occurrences such as aliens, ghosts, monsters and natural disasters.

Premieres Saturday, April 27 at 9PM – Paul Johanssen. William B. Davis and Thea Gill star in this disaster movie about a freak weather system which hurls deadly boulders onto Boston.

What do you think? Which Syfy shows do you plan on watching? Will you give Defiance or Deep South Paranormal a chance?

Why do we have to wait for Good different and hugely interesting series?? MERLIN AND DEFIANCE ARE AWESOME !!! I cannot stand the so called Reality shows on sy fI now. Please bring back Merlin,Defiance.Bitten,Lost Girl and Being Human!!!

No way…reality shows ‘paranormal’shows – cheap to make for u producers but we, the audience would much prefer a clever science-fi show with actors and great plots…really guys paranormal shows…Defiance…lots of cgi but weak weak on story… Not watching…sorry to see warehouse. At least Being Human is coming back…more vampire hot sex please….remember we women are watching…know ur audience

Ha ha, these guys are boneheads. They postpone Merlin for Robot Wars and now the DVD comes out B4 the Final! You would think a station would finish up a series BEFORE starting a new one.