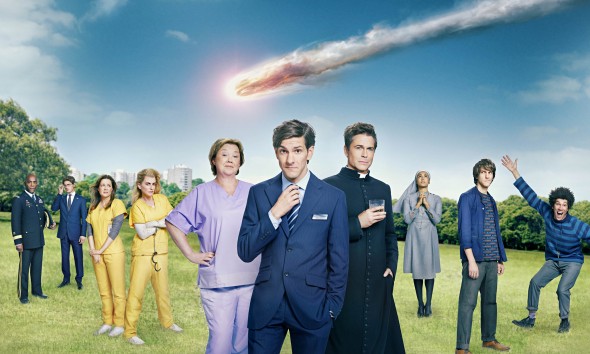 Loved this show! If you wanna bring it back, I’m still game! It was such a unique combination of British/American television. Something new…not just another reality TV show with has-been celebrities trying to sing or dance or cook or breathe, attempting to
convince us they still (or ever did) possess a modicum of talent and/or are/were relevant.

yes, the show is timely and it is a lot you could do with it right now with the spiritual awakening going on.

I still miss the show and wonder what ever happened to everybody.

My husband and I loved this show… it was great fun!

We loved this show and we’re looking forward to the next season! It’s pretty sad that they cancel good shows and replace them with crap then fans are left hanging. Wake up NBC!

By all means, if you have a good thing, lets cancel it & replace it with some more BS reality TV!

I hate that this show was cancelled!!! I sure miss this show! I wish I had a way of following the story line if they won’t bring it back. Does anyone know if it was based on a book?

I googled the show and I signed for the second season to come, and we love it, we want to know what happens with the survivors, come on, the walking dead has so many seasons, (I didn’t like the walking dead at all I think is repulsive, sorry fans) and this is something smart, funny with great actors, so well done, please
Thank you,

I loved this show! Creative, original. Sad if it doesn’t return.

I haven’t laughed so hard in a long time. I loved. it.
I looked forward to it. Please don’t cancel…..

My family really loved the show and were saddened that the show is cancelled. We would like this to be an ongoing series.