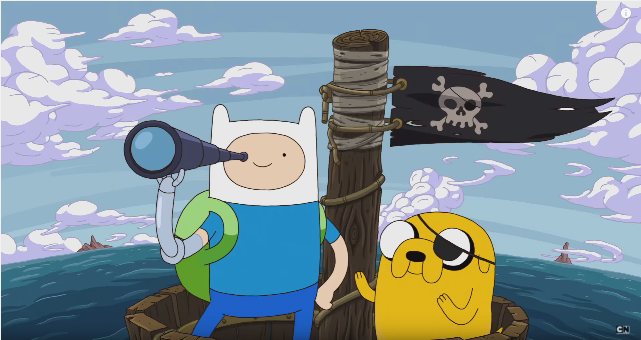 Adventure Time’s end was announced last year, but the series is now coming to a conclusion on the small screen. The people involved with the production of the series decided to end things on a fun note with a huge wrap party in Hollywood last week.

Cartoon Brew reported that the “Adventure Time-themed event that included a DJ booth shaped like Finn and Jake’s tree fort, a candy room, and ice sculptures. Emotional speeches were given throughout the night, including one by Ward’s mom.”

Several photos from the cast and crew of the Cartoon Network series were posted on Twitter. Check those out below.

We were actually about to fall over here but hey, it made for a fun pic. Nice seeing you, @OliveOlson ! #AdventureTimeWrapParty pic.twitter.com/qVipL4cQ8A

Had a blast last night at the #AdventureTime wrap party. What an incredible show, and a brilliant and lovely group of people. Congrats to all especially @kentisawesome, @JackPendarvis, @ashly_burch, @MrMuto, @juliapott, and Pen Ward. @cartoonnetwork pic.twitter.com/aVznb43Ff7

Are you sad to see Adventure Time end? Tell us what you think.