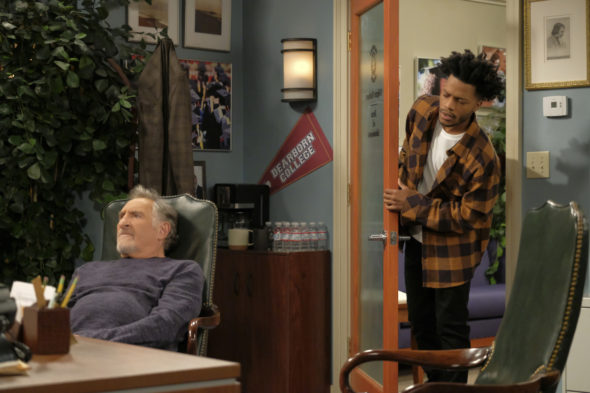 It’s time to make the donuts at the Tiffany Network. CBS has ordered a full second season of its Superior Donuts TV show. The increased episode order comes after CBS ordered only three additional episodes of freshman comedy 9JKL, and pulled Me, Myself & I from the schedule, leaving it effectively cancelled.

CBS has given full season orders to Monday night comedies MAN WITH A PLAN and SUPERIOR DONUTS.

Don’t consider this full season any kind of guarantee that the show will be renewed for season three. The second season of Superior Donuts is averaging a 0.93 rating in the 18-49 demographic and 5.07 million viewers. Compared to season one, that’s down by 21% and 19%, respectively. What’s more, Superior Donuts ranks 19th in terms of its demo numbers and 21st in terms of total viewership, out of the 22 scripted CBS TV shows we are tracking.

What do you think? Are you a fan of the Superior Donuts TV series? Are you surprised it received a full season two order? Do you expect it to be cancelled or renewed for a third season?

hope there is a season 3, love Superior Donuts.

Just don’t see what is funny about this show. More like stale donuts to me.