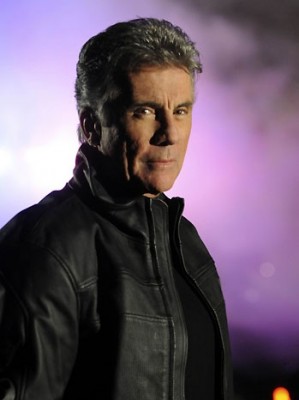 Venerable TV show America’s Most Wanted has been cancelled yet again, this time by Lifetime. Still, there’s a possibility that it may return.

FOX ran the John Walsh-hosted series for 23 years (from 1988 until 2011) before cancelling it as a weekly series. In May 2011, the network pledged to air four two-hour specials during the 2011-12 season but Walsh vowed to find a new permanent home for the series.

Lifetime picked up America’s Most Wanted as a regular series in the Fall 2011 with 24 new episodes and it was then renewed for another 20 installments in March 2012. The last of those aired on October 12th.

According to TV Guide, Walsh and AMW producers were in discussions to continue the show but couldn’t make a deal for a 26th season.

Still, the show may not be dead yet. The show’s studio and production company say that they’re likely to explore other options to try to keep the series going. AMW has reportedly help catch more than 1,200 fugitives.

Either way, it looks like Walsh is going to stay on the air. Lifetime is developing a pilot, tentatively titled John Walsh Investigates. It will take “a different approach to Walsh’s ongoing crime fighting and victims’ advocacy work.”

What do you think? Are you sorry that AMW has been cancelled again? Are you hoping another channel picks it up? Would you watch Walsh’s new show?

lifetime sucks,somebody has to pick up AMW,i love that show

PUT AMW BACK ON THE AIR!!!!! Let me tell you. I say those who cancelled AMW should be put on AMW’S most wanted list. To me, seems like they want those fugitives to stay free. They need to be put behind BARS for A LONG TIME. AMW is 1 of my most favorite TV shows I watched. So bring it back so I can start watching it again.

That is the only show that meant anything

AMW is my favorite show and I really hope it will be back on the air. In my opinion please don’t change the name! I like it the way it is and to be honest the new name “John Walsh investigates” really doesn’t sound like a good title. With a good title you can attract people into watching America’s Most Wanted and I think that title is very attractive. I like the name of the show the way it is. Please don’t change it! Please please please bring back our favorite show AMW soon! I know a lot of people… Read more »

i hope a other network or a other channel will pick up amw lifetime and fox is a bunch of window lickers for canceling amw all that show did good and they also brought childern home safe dances with stars never did that or eigher did the x factor or america idol or the simpsons they canceled amw but they brought stupid shows on fox and kept other stupids on fox.

I have watched as many AMW shows that I could. PLEASE do what it takes to bring it back. Forget about DWTS (Dancing with the “stars”) and spend your money on John.

What is wrong with people amw is a great show why would anyone let it go i love that show and so dose my whole family. Please bring it back lifetime or someone! Please!!

Please bring amw back!! when fox stop the show i stop watching fox i dont watch lifetime anymore cause amw stop comeing on please bring it back my whole family love,s amw i look forward to it all week. Bring amw back!!!

AMW should move to Spike TV. They just picked up its longtime counterpart Cops for the new season.

Has anyone looked beyond the walls of your offices,your homes,or ever even thought about the horrible people in just this country,State,city,or even your neighborhood??We need this show now more then ever before. We the People will go to work looking for these people as we go about our daily lives.Please get your heads out of your asses,And put these people out there in front of the people and let us help remove these horrible people from society.All I ask of all the people who decide if It goes on TV or not, LOOK AROUND YOU AND THEN TELL ME IF… Read more »

I agree put AMW back on TV. Maybe Investigative Discovery or OWN (Oprah) would be the ideal channels to renew this great program which is helping to get predators off our streets. FOX and LIFETIME are starting to carry a lot of junk programs and AMW is a great program.

I think it would be a shame for some National station to not pick up AMW. I have been a fan for all 24 years or so. In fact there was a time when VHS was popular I recorded every episode and kept them in my personal film library. Then it got to the point I sold my home and because of retirement I was unable to maintain the library. Now that DVD’s are popular, I without A DOUBT would record and maintain every single episode. Please someone renew AMW it has been to popular, and beneficial for far to… Read more »

I can still remember as a child, my parents freaking out about the whole Adam Walsh kidnapping and the horrible way the kidnapper let his parents know their child was in his disturbed hands. I have always respected John Walsh for everything he has done to help fight crime and work with victims. However I lost interest in AMW years ago. I think it does a LOT of good, but just don’t find it as entertaining as I once did. (Not really the word I am looking for, but you get the picture.) I do love the crime re-enactment shows,… Read more »

ink its sad if it doesn’t air again !!!!! Hopefully another ch picks it up.

I agree no one says creep punk coward like john walsh

please put amw back on tv I have been a fan for years .