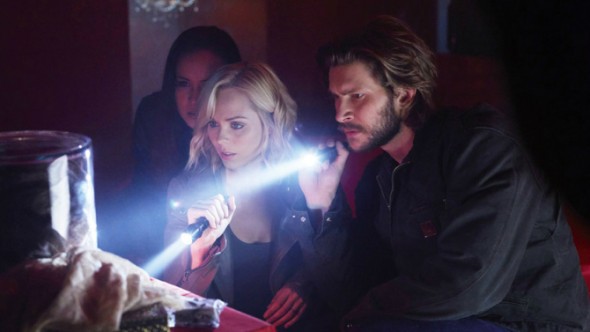 Back in May, we reported that Bitten had been renewed for a third season by CTV in Canada. Now, Variety reports that Syfy will be airing season three as well. Production will begin this summer/fall and episodes will start running in 2016.

What do you think? Are you a fan of the Bitten TV series? Will you be watching season three?

Definitely a fan. Too bad it’s the last season. Seems like everything I love gets cancelled.

I’m definitely watching it. I hope Syfy is smart enough to continue this series. It’s interesting and it’s the best they have, my favorite I absolutely love it, and I can’t wait for season 3,4,5,… Maybe Netflix should keep it.