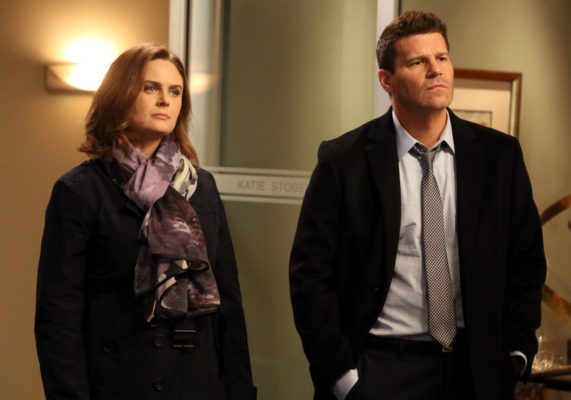 Are you a fan of Bones? After 12 seasons, the long-running FOX TV series is finally coming to an end. But do you think the show is ending too soon? Would you have watched a 13th season?

What do you think? Would you have watched another season of Bones?

Please!!! Bring it back! I didn’t even know it was ending, until I saw Boorh on a new show!!!

I don’t want bones to go off air. So many of similar tv shows have already been cancelled and bones is all we have left. My family looks forward to each season it’s always part of our family night. We love each actor and miss Sweets as well but we don’t want to lose everyone else too. Please don’t take bones away from us.

Yes, it was a good show. I’m still watching the reruns trying to get season12 that I missed.

Yes, it is/was my favorite ever .. I lost my friends when it ended !

Please bring us more Seasons of Bones. It is the best Series ever!!!

I would have watched bones for the rest of my life. This show is my favorite, I own every season, except 13, but I will own it when it’s available to buy. My family & I have watched the series at least 3 to 4 times, from the 1st episode to the last. As a matter of fact I’m watching an episode right now. Even though I own all of them I still dvr it. My family & I hate that this wonderful show is over.

Most definitely! Please bring it back! Best show ever! Worthy of a comeback.

I sure would! Great show! Loved it and really miss it! Bring it back!

As long as they are showing new seasons of Bones I will be a very happy camper. I absolutely love the two of them. I don’t want it to end the way it did. That wasn’t very fair to us loyal FANS. All, I ever wanted was to meet them in person.

Another great show. I think the people who do the ratings should get a brain because being a certain age should not be the deciding factor.