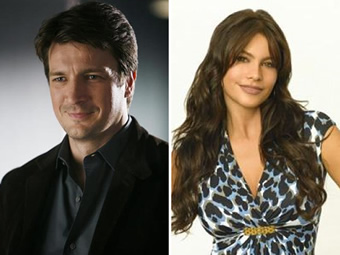 Like any network, ABC goes through a lot of TV shows in a season. While some remain on the air for the whole season, others come and go pretty quickly and are largely forgotten.

Here’s a listing of shows with their current status. This list encompasses shows that have aired from July 1, 2009 through June 30, 2010.

Not renewed or cancelled
Wife Swap: Still airing, could go either way.

What do you think? Any news that makes you particularly happy or sad? When compared to other networks, is ABC better or worse about cancelling shows?

Ghost Whisper should NOT havebeen canceled.One Of my fvorite shows

tv sucks! Reality shows, cop shows, desperate housewives, and more cop shows…UGH! No Network TV for me this fall. Bite Me! Ghost Whisperer…should have picked it up! Flash Forward, The Forgotten, and all the good shows Gone!

Really hate that cancelled Flash Forward, well I guess I will definitely be on the CW. Dancing’s line up is not impressive. Am happy that V is returning. Once Kyle XY was cancelled, I hardly watched ABC, until V and Flash Forward came on the air.
I do watch Brothers & Sisters, that is an awesome show!

What ever happened to Unusual Persons? A group of unrelated people found themselves locked in a mystrious town with no one able to escape. It disappeared suddenly right in the middle of the series with no explanation. I had read that everything would be explained at the end of summer but it wasn’t. I’m sooo disappointed! I don’tthink it’s fair that you led us on and then snatched the program away! I believe we deserve an explanation! An avid viewer, Evelyn

Really sucks that they cancelled FlashForward and Eastwick, those were two of my favorite shows. I think ABC is doing a terrible job allthe best shows are on ABC and they keep cancelling them. Why bother getting involved in a show when their going to just cancel it 5 episodes in. All there are are stupid reality shows which I am completley sick of.

Well, ABC has cancelled all but two shows that I watch, I agree with all of the above, where do they get their statistics and how do they make the decision on which to keep or cancel? I totally despise the reality shows…but I guess the writers are running out of things to write about. When I watch TV I want unreality (fantasy if you will).

why would you keep the V that show is so stupid why not bring back
The Foregotten and Flash Forward????????

How can they cancel Ugly Betty, Flash Forward, 24. I am so disappointed as I am sure many others are also.

I’m happy to hear that Castle, Grey’s Anatomy, and Private Practice are coming back, but the cancellation of FlashForward is sad. I used to have a schedule of watching–Monday, I’d watch 24 from 9-10 and Castle from 10-11, then on Thursday watch FlashForward 8-9, Grey’s Anatomy from 9-10 and Private Practice 10-11. It’s disappointing to not watch continuations of Jack’s missions and Olivia’s problems with Mark and Lloyd.

Somewhat sad that Scrubs is ending.

ok… really wth? how did Flash Forward and The Forgotten get cancelled but V and Dating in the Dark? Are you serious???

Thought ABC might be smart enough to pick up The Ghost Whisperer, but it is VERY OBVIOUS that they need a new program director, because the one they have now SUCKS!!