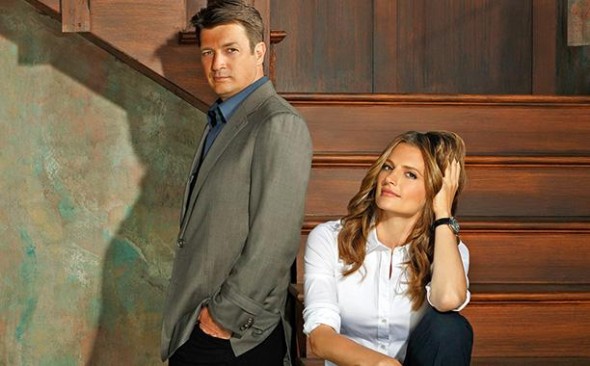 Why was Stana Katic booted from Castle? Recently, Katic spoke with Entertainment Weekly about her exit from the ABC TV show.

So why was Katic dropped from Castle? In the interview, she revealed the reason is still unclear:

I’m actually still not clear on the thought process behind the way that it went down. It hurt and it was a harsh ending, but now, nearly two years later…I met so many beautiful people on that project, and we collaborated on something really unique in that it’s not every day that you get a show, or a series, that has eight seasons and that it was a hit for the network. It would be a disservice to those people, to the work that we did together, and to my work, which I feel contributed, in part, to the success of the show, to be anything but grateful because, at the end of the day, that was a fantastic platform. It was a formative experience, and we told a love story that I feel moved people, touched people, and I can’t be anything but glad that I was a part of something like that. I hope it remains something special in viewers’ minds forever.”

What do you think? Are you a fan of Castle? Do you think ABC should’ve renewed the series for a ninth season?

You gotta be kidding me! It was only my favorite TV Cop/Detective series eitb a beautiful Love Story ever! I never learned what happen2d at the end when Kate separated from Castle to protect him from being killed. Wow! What a letdown! The producers are ********, if you ask me. They should’ve never cancelled that show. It easily could have been the longest running series ever, in my mind at least. And to get rid of Kate before the show was cancelled was probably the reason they had to cancel. It would’ve been the same if they’d fired Castle instead… Read more »

Stana’s comments are first class. A superb actor and person. I think the fact that she is photoshopped on to your promo picture (she has no shadow!) says a lot too. I would have loved to see the show go on and on – rewatching the earlier ones is fun for me. I think for it to continue on the right course they needed the creative influences that started it, Andrew Marlow et alia to continue. Some of the plot lines should never have happened eg. Castle disappearing on his wedding day for months, Beckett having already been married with… Read more »

yes, it was a deep mystery why it got cancelled. loved the show so much. could they somehow undo the really lousy way they ended the show and give us back one of the greatest shows we loved

Was watching season 1 again, and realized the the show borders on genius…pearly because of the writers… but mostly the cast chemistry was so good that they pulled off stuff that I’m sure was ad libbed along the way…a season 9 would sure have been nice…

Bring in one more season to give the viewers hope.

I loved it but didn’t discover it until late. Miss it very much.thought I would like Stumptown but very flat. Don’t like it at all. Anyone specific to write to that would make a difference potentially.
Christine Munoz

I think before she got fired she was bad mouthing the show and some people, production etc and I think the powers that be said NOPE.

I loved the show so much I bought all eight seasons as they became available. When I heard Stana Katic was dropped from the series my first thought was “What’s Castle without Beckett?” Then the show was obviously cancelled after the last filming of the eighth season because that was the worst final episode I’ve ever seen in a TV show. Give a show a little notice, why don’t cha.

I feel the same way it was wrong