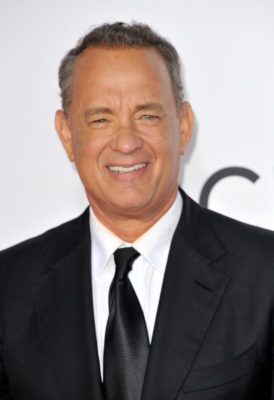 Tom Hanks is about to play yet another icon. Variety reports the Oscar-winning actor has been cast as Fred Rogers in an upcoming film titled You Are My Friend.

Fred Rogers, of course, created the long-running PBS TV show Mister Rogers’ Neighborhood. The children’s series provided a variety of lessons, music, and information for preschool-age kids. The show ran from 1968 to 2001.

From TriStar Pictures, the film You Are My Friend “is inspired by a real-life friendship between Fred Rogers and award-winning journalist Tom Junod. In the story, a cynical journalist begrudgingly accepts an assignment to write a profile piece on the beloved icon and finds his perspective on life transformed.”

A release date for You Are My Friend has not yet been announced.

Lol good grief! I there anything this moronic moron wouldn’t put his face on.