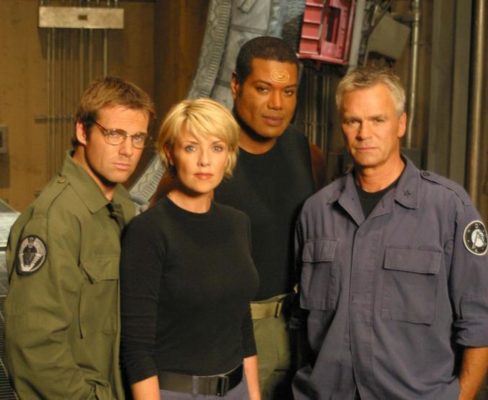 Why was Stargate SG-1 cancelled? Recently, executive producer Joseph Mallozzi explained why there was no 11th season for the Syfy TV show, GateWorld reports.

Part of the Stargate franchise, the sci-fi series begins a year after the events of the 1994 film and follows a team of specialists as they travel to distant parts of the galaxy using a network of alien portals called Stargates. The cast included Amanda Tapping, Christopher Judge, Michael Shanks, Richard Dean Anderson, Don S. Davis, Gary Jones, Teryl Rothery, and Dan Shea.

As fans known, Syfy cancelled Stargate SG-1 in 2007 after 10 seasons. According to EP Joesph Mallozzi, there was an 11th season planned and Apple was interested in picking the cancelled series up:

We came close to doing an eleventh season of Stargate SG-1. Apple — iTunes — one of the executives there was a huge, huge fan. And after we were cancelled [he] said, ‘We discussed it, and we would love to pick up SG-1 for an eleventh and final season. It would be great. It would be an Apple original series.’”

“We went down the road [with Apple], and then ultimately there was a clause in our deal with SCI FI that would not permit us to go elsewhere without their OK. And they did not give the OK. So basically we did not get the eleventh season.”

What do you think? Are you a fan of Stargate SG-1? Would you watch an 11th season now?

The show joyously takes you through Earnest interest and guilty pleasure and back. If you just want to treat it as entertainment, it is one of the Great American shows of all time. It is 2021, and I am currently on a briskly paced re-watch and am in season 8. The show still gets me. Having Don Davis as the general and teryl rothery as the medical doctor provide Ultra solid tent poles for the rest of the hijinks. Another big shout out to Don Davis. He grounded the show in a big way. Every big decision had to come… Read more »

Oh hell yeah love the show was still watching sg1 until this week when idiots at elray network took it off for crap absolutely. No one wants to watch.

Yes I would. It had appealing characters and interesting plots.

I’d still watch another season or movie. If they can bring back Roseanne and Will & Grace, why not SG-1?

In a heartbeat I would watch a season 11. Just not anything like Stargate Origins which was beyond awful not to mention rewriting the entire series sort of like Highlander 2 which was a big stinker as well.

Yes, I would love both Stargate SG-1 and Stargate Atlantis series to continue. They are still the best sci-fi series ever, and based in the present. Very grounding and inspiring to do and be your best self, and completely enjoyable!

Absolutely!!!! Always one of my favorites and always had something new come up to keep one interested.

One of the best sci-fi shows ever. You bet!

I still watch SG-1 on Hulu and I tried to watch the other spin-off Stargate shows but I cannot continue to watch them. I would love Apple or any other production company to create SG-1 eleventh series. The original cast and Peter DeLuise to direct the series.