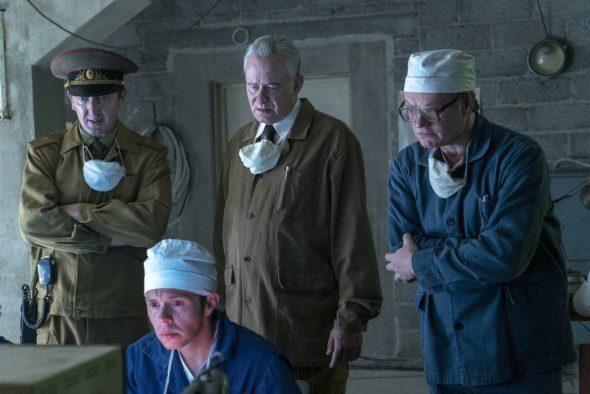 Chernobyl had a big night at the Emmy’s on Sunday, and that has fans of the limited series wondering about the possibility of a second season of the drama. The series follows the events of the nuclear meltdown in 1986 at Chernobyl. The drama stars Jared Harris and Stellan Skarsgård. Johan Renck directed the series.

Per Deadline, Craig Mazin, the writer of the series wasted no time in revealing that Chernobyl is indeed over. Fans will not see a second season of the drama. He said the following backstage about the possibility of a series return:

“We will not be doing that. We told a story of a place in time and we did it pretty darn well, and it’s time to start thinking about other places and other times… whatever we look at, whether it’s fiction or based on history, it’s relevant to who we are now and what we’re facing.”

Mazin also spoke about how the two time periods connect. Times in 1986 are not all that different than now. People of both eras face similar issues, but the consequences of actions and events are only “worse” now, according to the writer.

What do you think? Were you a fan of Chernobyl on HBO? Would you have wanted a second season of the drama? Or, do you think the series told its story completely and were happy with the ending?

One word for your next series WACO

What about a mini series of the accident on 3 mile island in, or near, Hershey Pennsylvania? Or the Reactor in Japan?

Good ideas. Chernobyl told the story excellently (save for the British accents) and the other two could easily see their own stories told.

What’s wrong with the British accents? Would you rather have had them use Russian accents all the way through? That would make less sense imo, seeing as people in the Ukraine don’t speak English with Russian accents, they speak Russian. I think doing it with British accents and being consistent in the accent used was a perfect choice.