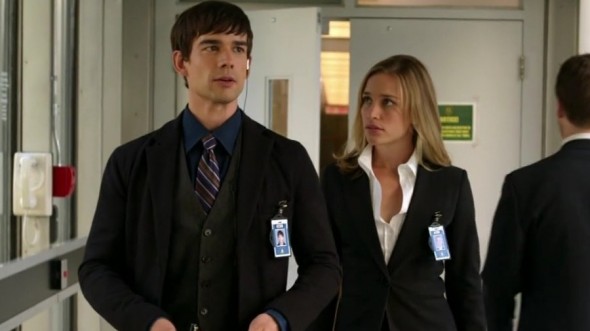 Have always loved it and still do. Totally upset about White Collar being cancelled, and and will be livid if they cancel Covert Affairs too. USA is making lowsy decisions on what to keep or cancel…like the show Rush which aired for one season. Cool show….CANCELLED OF COURSE! Annoying!

I didn’t even know the series was still on I love this series but didn’t know what time or where it was on please do not stop this series would love to see more get caught up.

They just need to make it more public if more people know abt it more would watch I think. It’s a great show with a. Great plot and arc.

Who is making these stupid decisions to cancel the shows that have good plot lines and great actors WITHOUT laugh tracks ? I’m beginning to think that anything that might lean a little conservative is under attack by the liberal writers and producers in Hollywood!! Talk about the dumbing down of America…..they are certainly trying to achieve it!! First this season TheBridge and now possibly Covert Affairs…..enough!, Before this it was 24 and then Burn Notice……oh just give us more I Love Lucy reruns why don’t you………

I love the show, but television is a business, and if the ratings are declining….

(I was very sorry when Anne Dudek, who played Annie’s sister, left the show. I thought their relationship helped humanize Annie and made her more “relatable.”

Covert Affairs is a very entertaining show to watch!!! The actors are very talented & have been around for quite some time in other shows or movies!!!

YOUR MAKING DANGEROUS DECISIONS WITH WHITE COLLAR AND POSSIBLY COVERT AFFAIRS IF THEY ARE GOING TO CANCEL BOTH OF THESE I WILL ONLY WATCH DAYTIME RERUNS OF OTHER PROGRAMS. HOW DO THEY KNOW HOW MANY PEOPLE WATCH WHAT. SEEMS TO ME CBS AND USA IS FLYING BY THE SEAT OF THEIR PANTS. NOT KNOWING WHICH WAY IS UP. HIRE SOMEONE THAT HAS SOME SENSE.

think it’s time to kill covert affairs. i for one have grown tired of the show. i think it’s over.

I, also love this shoe and have been with it since it started, hope it get’s renewed.

DO NOT CANCEL..COVERT AFFAIRS IS MY #1 FAVORITE SHOW. STATE OF AFFAIRS IS NOW MY #2 FAVORITE. Mary B