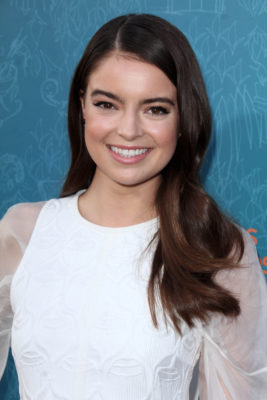 AwesomnessTV has the stars for their new series. Deadline reports Katherine Hughes (pictured), Ryan Lee, and more have joined the go90 TV show My Dead Ex.

The scripted series “centers around Charley who is living a typical teenage girl’s life. Ben, Charley’s not so secret admirer, isn’t living at all. But a little thing like death can’t stop these two teens from falling in love.”

What do you think? Are you familiar with AwesomenessTV? Will you watch My Dead Ex?