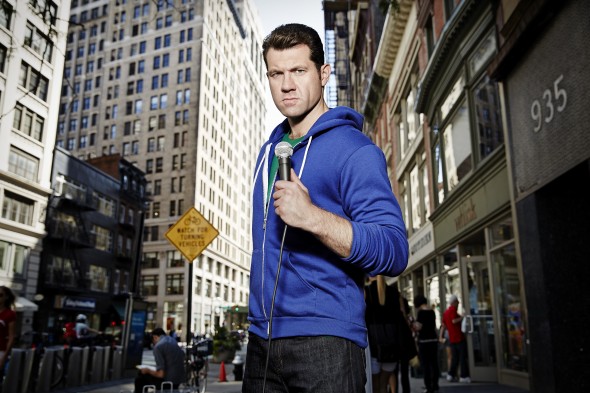 Billy on the Street is moving. Deadline reports the Billy Eichner TV show will continue but not on truTV.

We can confirm that new episodes of Billy on the Street will not be returning to truTV. The show is deceptively time-consuming to make and scheduling was increasingly difficult. We had a great run together capped off by the show’s Emmy nomination, and we wish Billy nothing but the best.”

For those asking, yes BILLY ON THE STREET will be back! But we're shifting gears a bit…exciting things ahead…more will be revealed soon! pic.twitter.com/hrw5KCFPe9

We have had a fantastic, life changing, Emmy nominated time working with my friends @truTV & I can't thank them enough. They're the best. ❤️

What do you think? Are you a fan of Billy on the Street? Are you glad it’s not ending?

I LOVE BILLY, His show is Funny, bold, unexpected to those he comes up to,and the reaction is why I love to watch. And his guests that appear with him makes it interesting because you get to experience a “Real” side to what we would normally see.. Now as for Elena (HILARIOUS) and other frequent people that he has come back, are so funny . Truly “1 OF A KIND” Cutting edge adult TV show. It’s NOT the same ol’ same lame boring typical shows, that’s for sure, and that is exactly the reason why I look forward to BILLY’s… Read more »