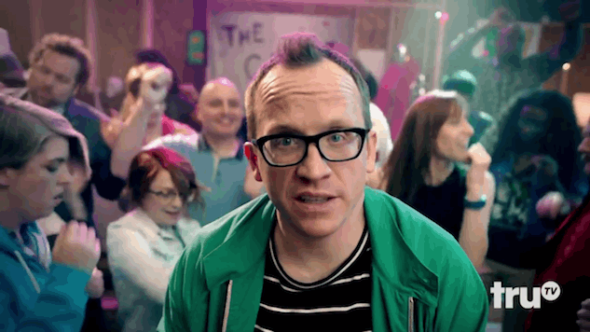 Sad news for fans of The Chris Gethard Show. Recently, host Chris Gethard announced the truTV show has been cancelled and will not be returning for a fourth season.

On social media, Gethard announced it was a mutual decision between him and truTV to end The Chris Gethard Show. See the full post and more reactions below:

Working on the @GethardShow changed my life. I quit the job I hated. I laughed so hard every week. I put bands on TV that would never have been on TV. I’m IN a band with @kirioliver and @Mikeyerg, and fellow music booker Zane played bass on our first record. I love all of you.

I went from a pharmaceutical warehouse hauling and packing crates in the middle of the ocean to manhandling Will Ferrell out of a studio in the basement of what used to be the first United Nations building in the span of 2 fucking years.

It’s not an exaggeration to say the @GethardShow changed my life. I’m so lucky I got to be a part of this weird, amazing family and help weird, amazing bands reach a bigger audience. Also became a comedy writer and performer, which I never would have had the guts to do otherwise. https://t.co/sa21EaoJUW

What do you think? Are you a fan of The Chris Gethard Show? Are you sad to see the series end?