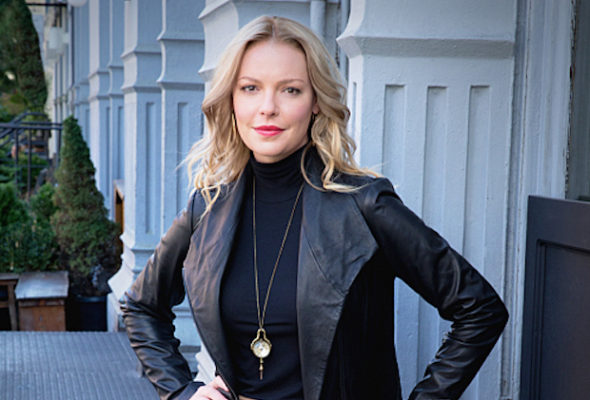 As fans may already know, CBS has pulled the Doubt TV show from their schedule after only two episodes, making the show effectively cancelled. What do you think? Did the network end the series too soon?

The legal drama stars Katherine Heigl as Sadie Ellis, an ambitious attorney who falls for one of her clients, a pediatric surgeon accused of murdering his girlfriend. The cast also includes Steven Pasquale, Dulé Hill, Laverne Cox, Elliot Gould, and Dreama Walker.

CBS initially ordered 13 episodes of Doubt, which were all reportedly filmed. It remains uncertain when the remaining episodes will air, if they ever will.

What do you think? Have you seen Doubt? Was this CBS TV series cancelled too prematurely? Should the network have given it more time or, were they justified in pulling it after two very low-rated episodes?

They are crazy to cancel this show…. hear me?? You are crazy CBS.

Shouldn’t have cancelled. Has the makings of a hit. Good story lines. Interesting and rich characters that I’d like to watch

Didn’t give it a fair chance.

Come on CBS! Cancelled much too soon.
Lousy thing you’ve done to us.

I tuned in to watch “Doubt” tonight and was disappointed to see “Bull” in its place. Now I’m disgusted with CBS for pulling the plug after only 2 episodes!!! They should have given the show a chance. Perhaps it would have fared better on smaller networks like TBS, AMC, OWN, or NETFLIX. I’m very disappointed for the show’s creators and the talented, diverse cast.

Wow, canceled after only 2 episodes (which I really enjoyed!)? Why bother airing it at all? Great cast, nice drama buildup – and poof – gone.

I didn’t see the show .. star trek — crappy show to a few … some of you may remember that. I didn’t even get to hear about doubt … I doubt that was a good choice. Not that I am anyone but now I doubt I’ll get a chance. The day after Valentines day … if you were lucky enough to have one then the rest of the week would have been occupied and maybe longer! 1st mistake they ever made I’m told? I doubt we’ll ever know … yes?

CBS didn’t give the show a chance. They should have let longtime Grey’s Anatomy fans who MISS Katherine Heigl on primetime a chance to tune in and check it out. She is why I started watching and I was excited to see Dreama Walker on the show I missed seeing her as often on the last season of Orange is the new black she is one of my favorites. Maybe appealing to those shows viewers would have brought in better rating!!! BOOO CBS you should have waited!!!

She was on Orange is the New Black? How did I miss her? What character did she play?

Why did they cancel? I loved it. Good cast.

Yes way too soon!!!!
Come on CBS! You didn’t even give it a chance! I was hooked after the 1st episode, just put it on a different night and I guarantee you will see better ratings. Everyone uses DVR or online viewings these days. Just because your stupid ratings are low doesn’t mean people don’t like it.

Cancelled too soon! How can they know in 2 episodes!?! I enjoyed the showed and I am disappointed. I loved all the actors they chose and the characters they played.

CBS could have given the show a fair shake and it didn’t, they o this all the time. I liked the show and it had a good cast.

I thought Doubt was a great show. Much better than some of the other shows in this genre. Two shows is not enough time for people to get a good feel for this show!